INDEPENDENT Senator Billy Lawless has sought government assurances that the Irish in Britain will not lose access to RTÉ’s longwave 252 service.

Senator Lawless told the Seanad that the service was due to end sometime this year, which The Irish Post exclusively revealed in October.

He emphasised that older Irish people in Britain should not be forgotten or disregarded as the digital age “bypasses” their generation.

“There are more than 600,000 Irish-born emigrants living in the UK, with many of its older members forced out of Ireland in the 1950s with little education and no prospects of work at home,’’ Mr Lawless said.

He also mentioned figures from a survey, carried out last year by the Social Policy Research Centre (SPRC) at Middlesex University London, which revealed that 92 per cent of respondents tuned in to longwave every day or most days.

The Irish Post has previously reported on the survey and its findings, which also showed that 44 per cent of respondents used the longwave service in their car. 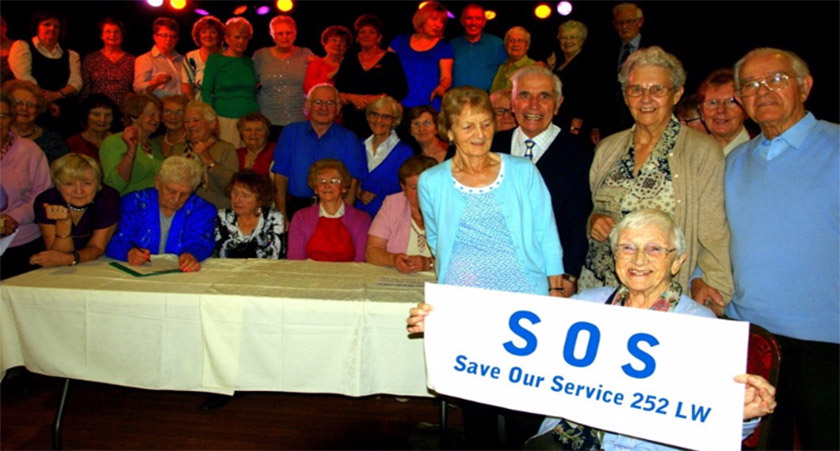 Irish groups in Britain have led a tireless campaign against RTÉ's plans to axe longwave 252 (Picture: Facebook/Save LW252)
“Unsurprisingly, it was the so-called older age groups who did not access the service on digital radio platforms, on a laptop or digital TV,’’ Mr Lawless said.

He urged Minister of State for the Diaspora Joe McHugh to “implore RTÉ management to reconsider this ageist and discriminatory cut” to its longwave 252 service.

“Nobody is trying to halt the digitalisation of our media or impede RTÉ in its process of modernisation,” added Mr Lawless.

Minister McHugh said a consultative group involving RTÉ and representatives of the Irish in Britain would meet next week in London to explore ways to maintain the link with British-based audiences, adding: "I am hopeful that a positive outcome can be achieved."