IRISH presidential candidate Peter Casey has said people who turn down "free" housing offers should be put to the end of the housing list.

The independent nominee and businessman, who sparked controversy by questioning the ethnic status of Travellers on Wednesday, stood by his comments during last night's presidential debate despite calls to withdraw them.

Speaking at the televised debate on The Pat Kenny Show, Mr Casey referenced an ongoing housing dispute in Co. Tipperary which has seen a Traveller family reject six homes built at a cost of €1.7 million.

The 61-year-old said the family had demanded two stables per home and a half acre of land for horses.

"You can’t please all of the people all of the time," Mr Casey responded when asked whether he had damaged his relations with the Traveller community. 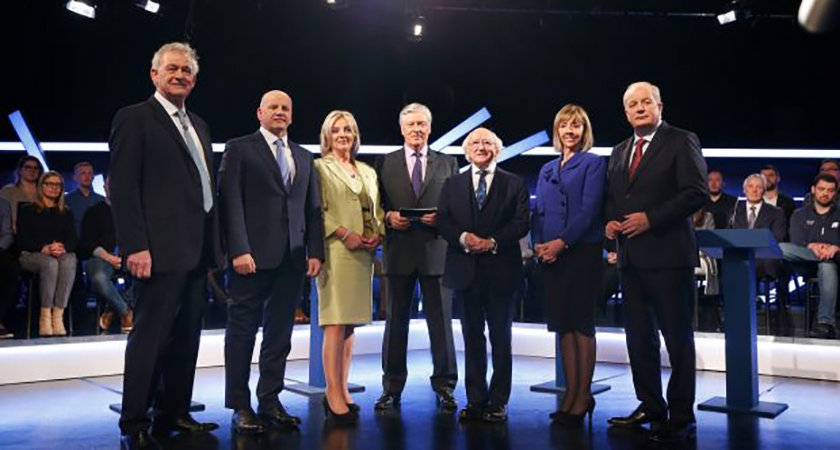 "If you are offered a free house and a free home and you turn it down, I think, unless there is a disability you should go to the bottom of the list".

Mr Casey went on to double down on his previous assertion that the Traveller community should not have been granted special ethnic status last year.

"The point is [Travellers] are encouraged to think they are different. They are not. Everybody should be encouraged [to live] in an inclusive society," he said.

Fellow independent candidate Gavin Duffy added that Travellers were a part of Irish society despite their differing requirements.

Casey was due to visit proposed accommodation for the Travelling community in Cabraghbridge, Tipperary today but has changed his plans in the wake of opposition from Pavee Point.

Higgins on the defensive

Elsewhere in the debate, President Higgins was challenged about his salary and expenses, despite taking a 23.6% pay cut and having not drawn his Dáil or ministerial pensions since being in office.

He furiously dismissed Peter Casey's claim he had flown to Zurich in a private jet and clarified that a private flight to Belfast was deemed necessary for security reasons.

"Just add it to the list," Higgins said, dismissing the claims levelled at him by his competitor.

The President was also criticised for failing to participate in each and every scheduled presidential debate.

"We said we will do as much as we can,” he replied, referring to a number of election appearances he had committed to.

"I have been turning up since 1969 and I have stood in every election."

Thousands of homeowners affected by mica march through Dublin