A DOONBEG PRIEST, who had previously said that he was ‘saving a place in heaven’ for US President Donald Trump, has now promised to do the same for Trump’s two eldest sons and their families.

Father Joe Haugh presented Donald Trump Jr. and Eric Trump with a picture of Doonbeg Castle last night, in honour of their visit and the Trump family’s contribution to the area.

The President's golf resort is situated just outside of Doonbeg and has brought with it hundreds of job opportunities for the locals, along with a smidge of tourism to go with it - (I guess people enjoy the idea of potentially teeing off next to The Donald ... or being able to do so while he's strolling down the fairway)

The parish priest gave Trump’s sons a portrait of a local castle which has stood since the 16th century and said it was “testament to the work and strength" of the people of Co. Clare.

The gift was handed over in Igoe’s Bar, during Eric and Don Jr.’s pub-crawl in Doonbeg last night. 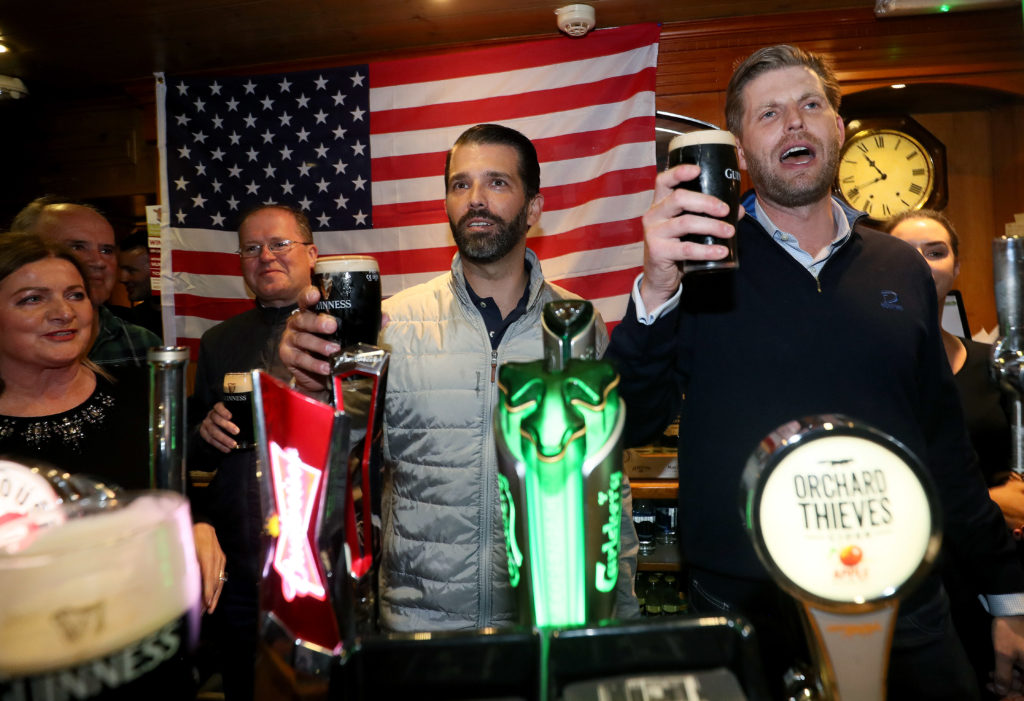 Donald Trump Jr. and Eric Trump during their 'pub-crawl' in Doonbeg last night

During the presentation, the priest extended the promise he had made to their father, and pledged that both of them, and their families, would have places in heaven waiting for them as well.

“I wanted to give them a gift to thank them very much for all they do for the area,” he said.

“The provide around 300 jobs here, no one else is doing that for us.

“The vegetable they use, the meat, the fish for the restaurant, that all comes from local suppliers, the area needs the Trump hotel."

On the subject of the picture, he said: “Well, the castle has been there for around 400 years, and it’s still standing, it’s a testament to the work and the strength of Clare.” 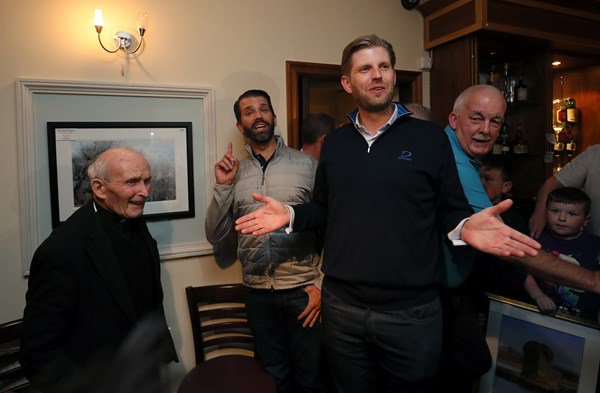 It’s clear that the area has got a lot of time and love for the Trumps, who have been casually visiting ever since the resort opened there in 2002.

“Look at the crowds that came out to the streets and the pubs to welcome them to the village, they were so happy to see them and have them back in Clare,” Haugh added.

“They are very welcome here.”

Donald Trump launches new website 'From the Desk of Donald J. Trump' to get around social media ban