IRELAND has recorded its lowest unemployment level in a decade.

New figures released by the Central Statistics Office have shown that the unemployment rate for April 2018 has reached 5.9%, its lowest level since the financial crash.

In other words, the rate of unemployment has decreased by 3,200 people in the last month and 16,700 in the previous year.

In total, the number of persons unemployed in Ireland was 140,300 for the month of April.

Ireland’s continued decrease in unemployment is amongst the greatest declines in Europe at present. 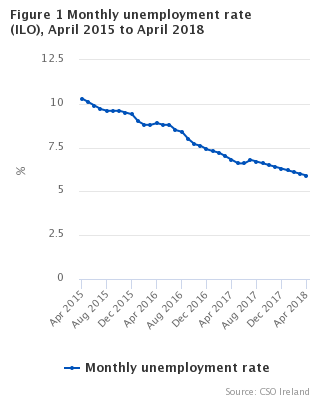 Survey reveals the 10 most desirable jobs in Ireland