Worried woman with protective face mask in the bus,during COVID-19

IRELAND'S Health Service Executive (HSE) reportedly told a woman with symptoms of coronavirus to take a bus to her test.

The woman, who lives in north Dublin, was referred to test centre in Swords - over 10km from her home.

While speaking to a HSE representative, she informed them that she didn't own a car, and was told she would have to wait a further four days before they could organise transport for her.

At this point, the woman was told a test could be scheduled the next for her, if she took the bus into town instead.

Despite the obvious health risks, the woman agreed, but said she wore two masks because she was "very nervous and didn't feel right doing it".

"But what choice did I have?" She pondered.

The woman had her test on Friday, and thankfully the results came back negative. 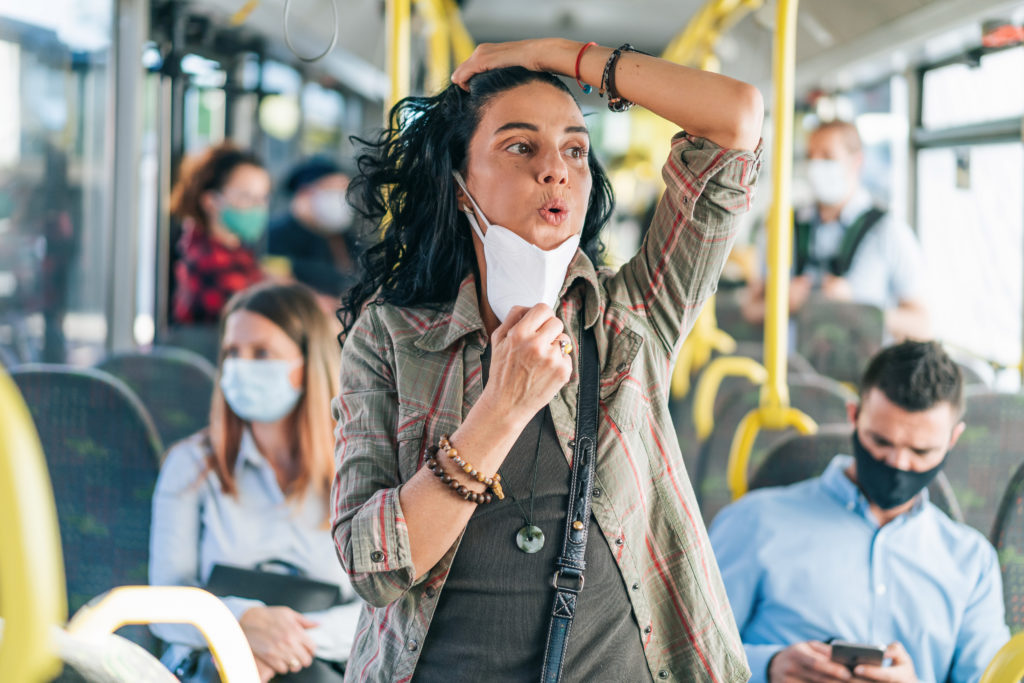 Despite her claims, the HSE insists that they are "not currently recommending that people attend using public transport, but we would recommend that if possible they obtain a lift from a friend or family member."

They also stress that while people from Dublin's inner city were being referred to the Swords venue, there are plans to open another test centre in Croke Park this week, according to the Irish Examiner.

The National Bus and Rail Union (NBRU) claim that the woman from Dublin's experience is far from unique, and that some of its members believe passengers are travelling to test centres on the bus.

Dermot O'Leary, general secretary of the NBRU, said they had major concerns if people were being told to take public transport to test centres.

"The onus is on the state to provide some mechanism whereby people in that position can be either tested or brought to the centre," he said.

"There are a number of centres where the same issue is a concern."