The couple’s relationship was confirmed by Rollins, real name Colby Lopez, after he posted an intimate photo of the two kissing to his Instagram.

Rumours had been circling for weeks that Lynch, real name Rebecca Quin, had been dating Rollins, a former WWE Champion, particularly after they attended the WWE Hall Of Fame ceremony together.

Lynch is currently the top-dog in WWE after she defeated former UFC star Ronda Rousey and Charlotte Flair to capture both the Raw and Smackdown Women’s Championships belts at Wrestlemania 35 last month. 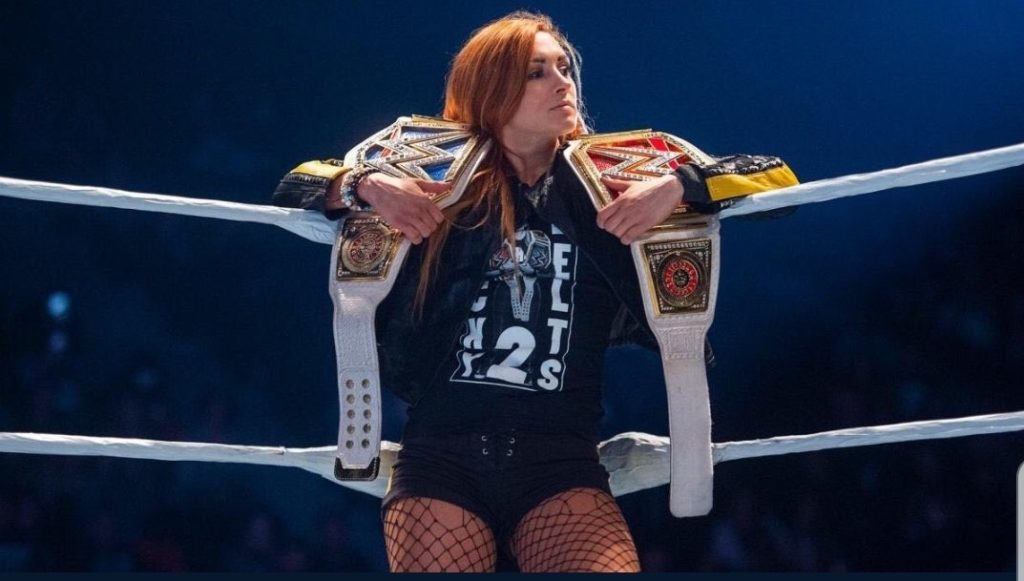 Lynch poses with the Raw and Smackdown women's titles

It was the first time a women’s match had ever headlined Wrestlemania, the biggest event in WWE’s calendar.

Despite being signed to the American wrestling company since 2013, it wasn’t until last summer that Lynch’s popularity exploded.

She altered her character, becoming more aggressive and cold-hearted and dubbing herself ‘The Man’. 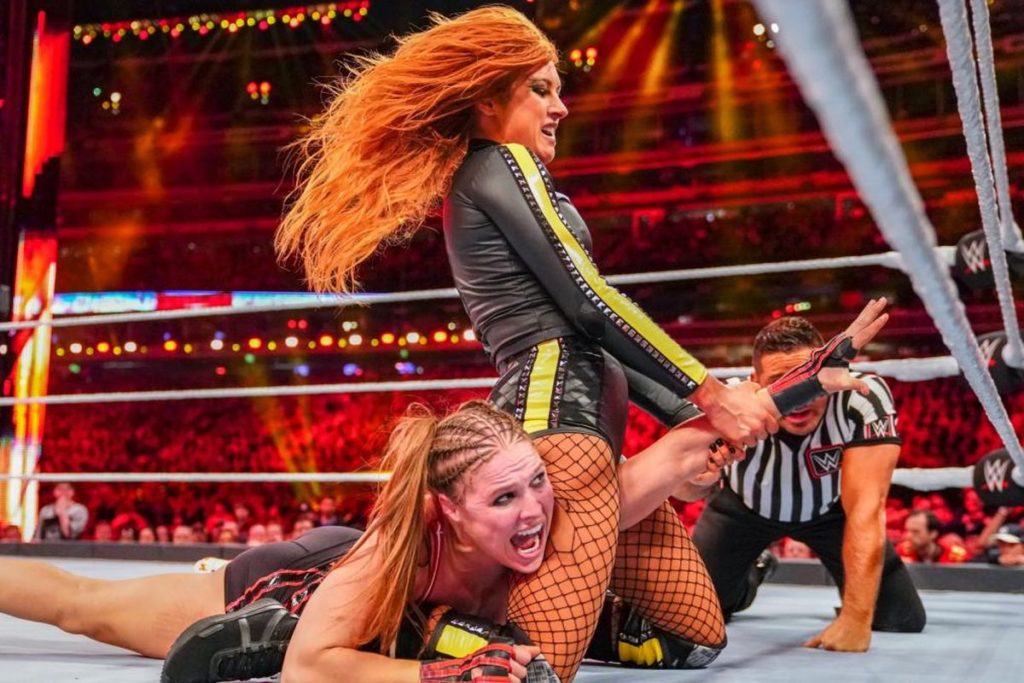 Fans embraced this new ‘badass’ gimmick, cheering her at every turn and propelling Lynch to superstardom.

Her meteoric rise has arguably been the lynchpin (pun very much intended) of a revolution in WWE that has seen women’s wrestling totally legitimised. Gone are the days of ‘bra and panties’ matches, bikini contests and the notion of 'divas'.

The 32-year-old Irish superstar was born in Limerick and grew up in Baldoyle, Dublin before training to be a wrestler in 2002. 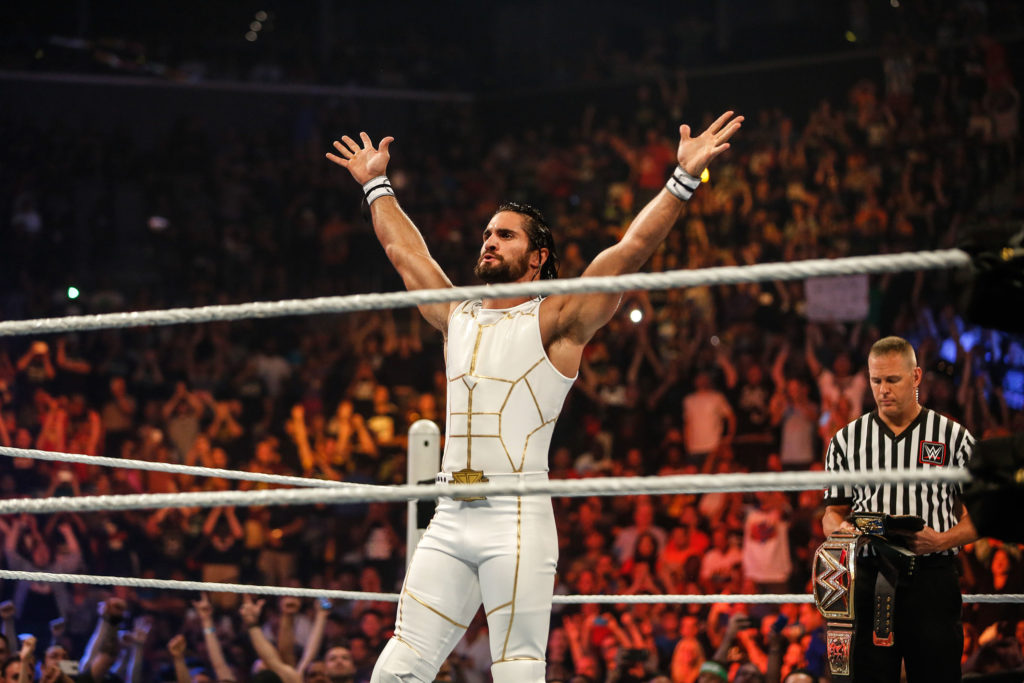 She previously worked as a flight attendant for Aer Lingus for two-and-a-half-years during a six-year hiatus from the sport following an injury in the late 2000s.

Becky-two-belts, as she’s now known earned the right to challenge Rousey and Flair at Wrestlemania after winning the women’s Royal Rumble in January.

On the same night, Rollins won the men’s Royal Rumble match and went on to beat Brock Lesnar for the Universal Championship at Wrestlemania, making the two quite the power couple.

Lynch is the third Irish wrestler to win one of WWE's top belts, having first captured the Smackdown Women's title back in 2016.

She follows Sheamus, a four-time WWE Champion and Finn Balor, the man who trained Lynch, a former Universal Champion - the belt now held by her new squeeze, Rollins.

Both Lynch and Rollins will be competing at Money in the Bank this Sunday at the XL Center in Hartford, Connecticut.

Becky Lynch announces her father has passed away