FORMER Manchester United goalkeeper Harry Gregg has passed away at the age of the 87.

The Northern Irishman survived the infamous 1958 Munich Air Disaster and was labelled 'a hero' for his bravery in the aftermath of crash.

23 lives were lost on that fateful day, but it might've been a lot more without the quick-thinking selflessness of Gregg.

Amid a harsh Bavarian snowstorm, the plane carrying a golden generation of United players known as the 'Busby Babes' crashed after a failed takeoff.

Gregg was knocked unconscious, but woke up following the crash believing he was dead.

Once he realised he wasn't, he refused to reach out and touch his head, believing it to have been partially blown off "like a hard boiled egg".

After freeing himself from his seat, he began to help as many as he could out of the flaming wreckage, including manager Matt Busby, as well as teammates Bobby Charlton and fellow Northern Irishman Jackie Blanchflower.

But his heroism didn't stop there.

After making sure his teammates were safe, he raced straight back to the inferno to save a Yugoslav diplomat's wife - who was pregnant at the time - and her two-year-old daughter, who were both badly injured. 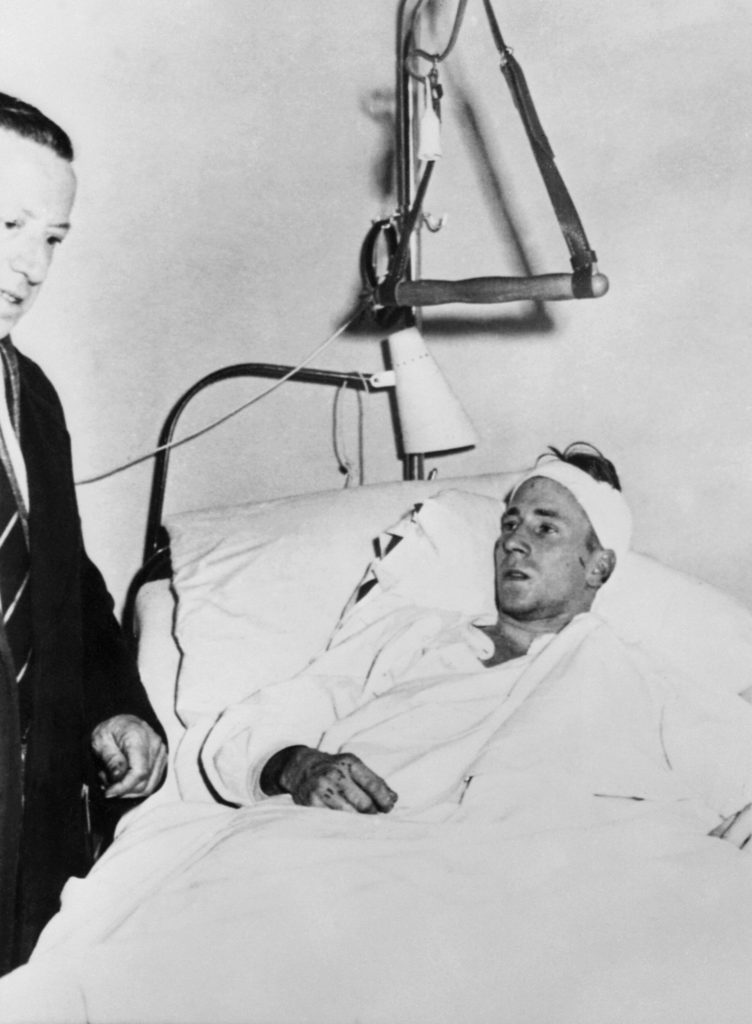 (FILES) Manchester United footballer Bobby Charlton (R) rests in a hospital bed on February 08, 1958 in Munich after being injured in a plane crash following takeoff from Munich airport, the night before during a snowstorm. A memorial service was held Wednesday February 6, 2008 for 23 people, including eight Manchester United players, killed when the team's plane crashed in Munich 50 years ago as they returned from a match. The service, at the English Premier League champions' Old Trafford ground, started at 3:04 pm (1504 GMT) -- the exact time of the tragedy on board British European Airways flight which devastated a generation of young stars. AFP PHOTO/INTERCONTINENTALE/FILES (Photo credit should read INTERCONTINENTALE/AFP via Getty Images)

Gregg's death was announced by the Harry Gregg Foundation on Monday morning.

"It is with great sorrow that we inform of the death of Manchester United and Northern Ireland legend Harry Gregg," his foundation said in a statement posted on Facebook.

"Harry passed away peacefully in hospital surrounded by his loving family.

"The Gregg family would like to thank the medical staff at Causeway Hospital for their wonderful dedication to Harry over his last few weeks. To everyone who has called, visited or sent well wishes we thank you for the love and respect shown to Harry and the family. 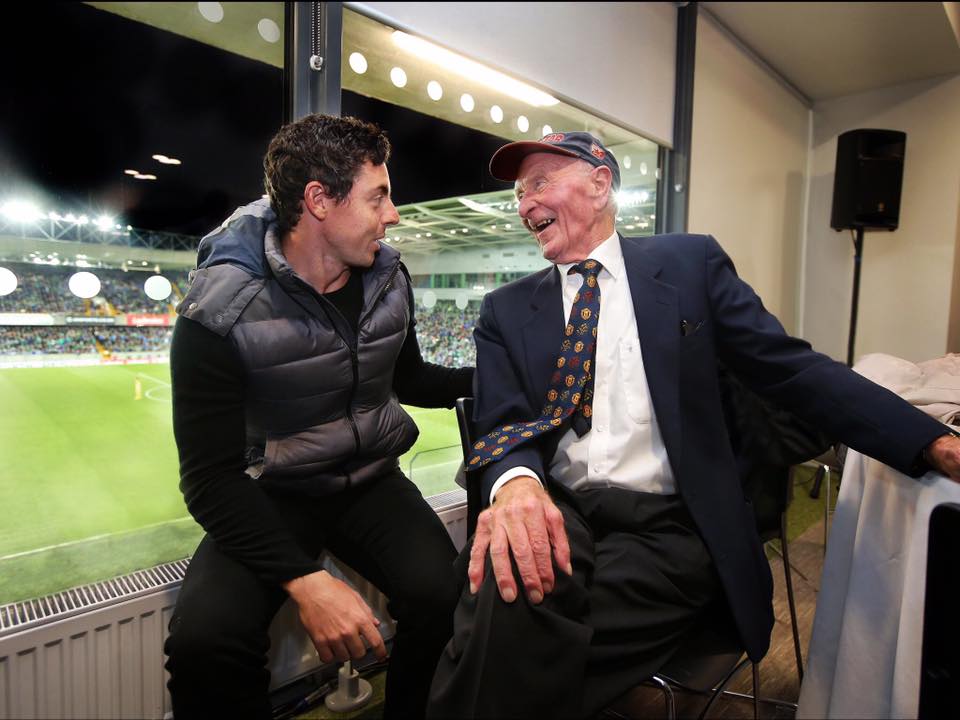 "Details of his funeral arrangement will be issued in the next few days.

"We would ask that the privacy of the family is respected at this difficult time. Never to be forgotten!"

In 1957, Gregg had become the world's most expensive keeper when United, bought him for a whopping £23,000 from Doncaster Rovers.

Just months after the crash, Gregg represented Northern Ireland at the 1958 World Cup in Sweden, and was voted the tournament's best goalkeeper.

It is with deepest sadness that we have learned of the passing of former player Harry Gregg OBE. The thoughts and prayers of everyone at the club go out to Harry’s family and friends. pic.twitter.com/5kjlpn5Wqm