HOW WOULD you celebrate your 40th birthday?

If you’re Aquaman star Jason Momoa, the answer is by having a giant 168-pound Guinness and whiskey cake.

Momoa has made no secret of his affinity for Ireland.

Back when he was a relative unknown filming Game of Thrones, he travelled round much of Ireland sleeping rough in a van and sampling pints of Guinness wherever he went.

So, it made sense that a cake celebrating his life to date would incorporate pints of the black stuff along with a whiskey or two – and not just in a few icing-based decorations either.

Infused with both Guinness and whiskey throughout, the giant cake also included a chocolate figurine of Momoa surfing and playing a guitar along with another climbing a mountain.

Served on a sugar surfboard, the inspired cake creation was the work of UK baker Aggy Dadan of Edible Aggy.

Her work was showcased in a video published to YouTube by Momoa which highlighted  some of the blood, sweat and tears that went into it.

Aggy first caught Momoa’s eye with a replica cake-based bust of the Game of Thrones actor which was commissioned for the world premiere of Aquaman in 2018.

A year later she found herself tasked with creating a cake for his surprise birthday party in London.

Much like any pint of Guinness or dram of whiskey, the cake took time and care to create – about a week in fact – but it was worth the wait.

"It was a big task, but when you have someone who isn't pushy and lets you put your creativity to work, it's great," she told Insider.

"The surfing board alone took two days, and the miniature figurine of Jason took a day and a half."

While much of the project went off without a hitch, the process was made a bit trickier for the fact that she was making the cake in the midst of a UK-wide heatwave.

"The figurines were the most difficult in the heat," she said.

"The summer makes things hard in general, but the heat wave made it really tough. It took three tries, because the heat kept melting them." 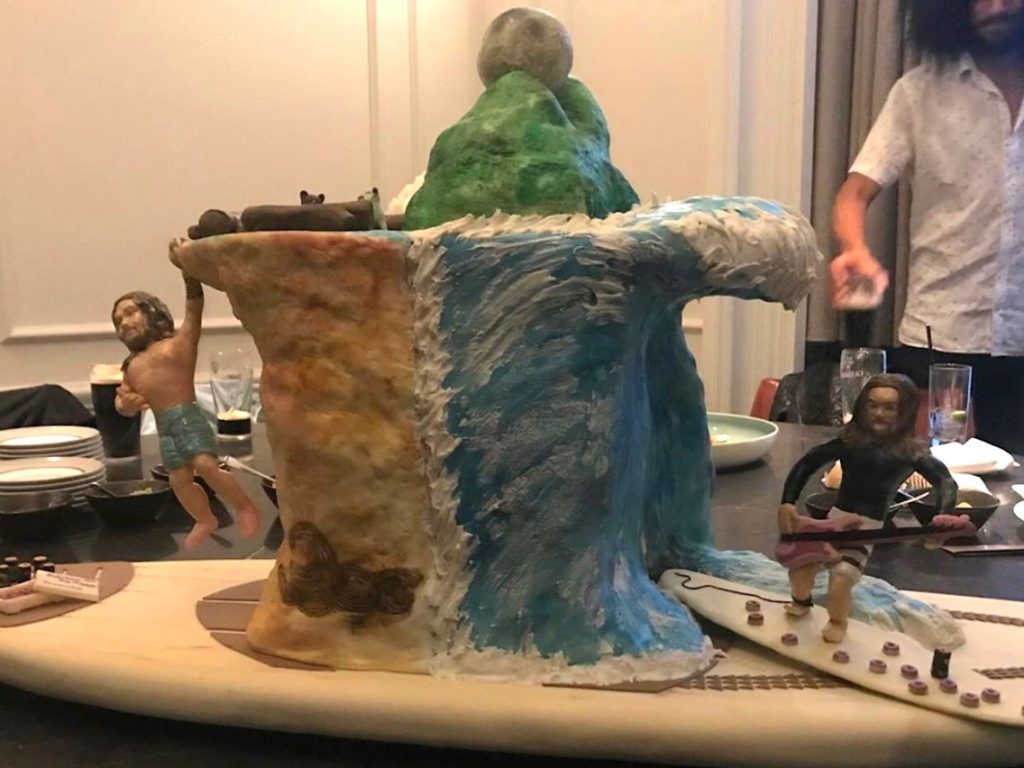 "I was working very late at night, at three or four o'clock in the morning," she said.

"If it weren't so hot, the figurines would have only taken a few hours."

Thankfully all of that hard work paid off, with the cake going down a storm with Momoa and the assembled guests, including a few familiar faces from Game of Thrones.

At least someone got good reviews in 2019.