FLOYD MAYWEATHER’S uncle Jeff Mayweather says his nephew is in talks to fight Conor McGregor and Khabib Nurmagomedov on the same day – adding that he would beat both the Irishman and Russian with ease.

A close advisor to the undefeated 50-0 fighter, Jeff revealed to VegasInsider.com that discussions are ongoing over  the world’s first boxing double header of its kind.

His remarks represent the first time talks about this most outlandish of sporting contests have been confirmed between the pair and also the first time a Mayweather family member has spoken on the subject.

Mayweather Jr previously faced off against McGregor in August 2017, winning via TKO in the 10th round.

In the years since, the Irishman has made no secret of his desire to set up a rematch, with Mayweather regularly teasing at the possibility via social media.

And according to Jeff, while Floyd hasn't fought in a long time, he believes he would make easy work of McGregor and Nurmagomedov.

He also suggested  Mayweather Jr would look to fight the Notorious first so he could knock him out early and focus his efforts on the other UFC fighter.

"Floyd is talking about the possibility of fighting McGregor and Khabib in the same day, which he could easily make happen. There have already been talks with Floyd and Dana White about making a deal,” he said. 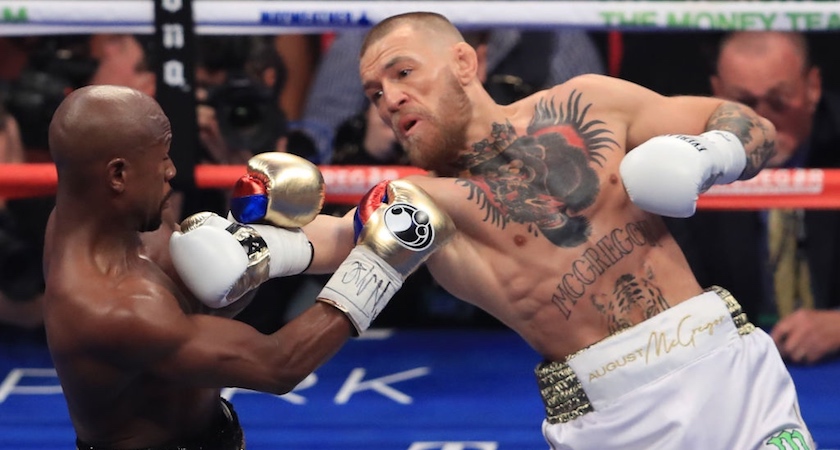 "Floyd said one in the daytime and one in the night, it'll be something that's never been done before. Double pay-per-view, expensive a** buy.  He'd knock Conor's a** out early because if he knows he has a second fight coming, he's not going to put on a show like last time. He'd beat the s***t out of Conor.

"Floyd is a master of planning these things. He's the one that always turns nothing into something huge. These things are expected of him. It's evolution, times change. You've got to roll with it, and if you don't roll, you lose.”

He also laughed off any suggestion of Mayweather Jr retiring.

"Why would he stay retired when he can fight UFC guys that couldn't beat him up if he was f*****g 60 years old? At some point he does need to retire, but if he's gonna be fighting guys who never really boxed, why not carry on? He's gotten more than these guys could ever learn, so why not take the money?

"I'm sure it's gonna be hard for him to come back because he has been out of action for a while, but he's gonna get back into that same old mode - and when he gets into that mode, you pick any UFC fighter in the damn world, they're not gonna touch him. Simple."