Take Me Out host Paddy, 45, will join cricket legend Andrew 'Freddie' Flintoff at the helm of the iconic BBC motoring programme when its new series kicks off later this year.

The pair will take over from Friends star Matt LeBlanc, who himself replaced Clarkson in 2015 after he was sacked for allegedly punching the show's producer Oisin Tymon and calling him a "lazy Irish c**t".

Clarkson and co-hosts Richard Hammond and James May had transformed Top Gear into the BBC's most profitable programme watched by millions around the world.

On the promotion trail of the trio's third series of Amazon Prime's The Grand Tour, Clarkson was asked by the Radio Times if he had heard of his former show's new presenter Paddy McGuinness. 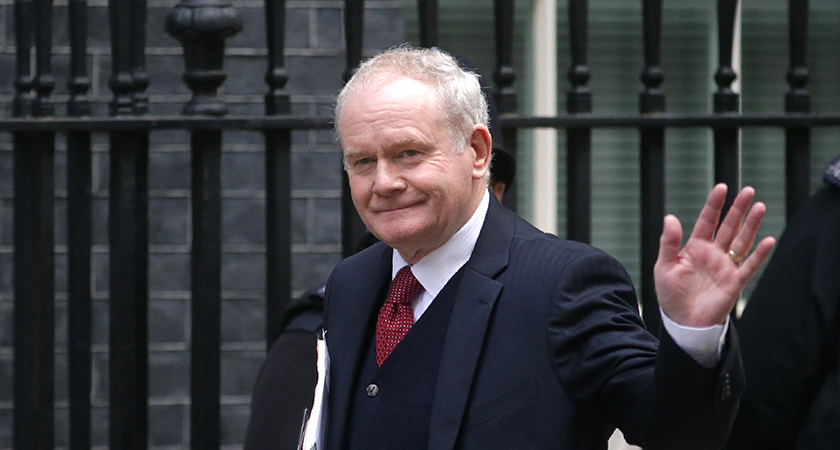 The 58-year-old, who became the new host of ITV's Who Wants To Be A Millionaire last year, was obviously referring to former Provisional IRA commander and deputy First Minister of Northern Ireland Martin McGuinness, who died in 2017.

Later, Clarkson told the Daily Star he had misheard the question.

"I didn't know who Paddy McGuinness was. I have never seen that dating thing he does," he said.

"It was an honest mistake, I thought they said Martin McGuinness."

Asked for his thoughts on the BBC's choice of McGuinness and Flintoff as Top Gear's new co-hosts, Clarkson claimed the pair may lack on-screen chemistry as they have not worked together in TV before.

He added: "If I was in charge, I’d send the new presenters away to a desert island for a year so they could get to know one another really, really well, to get the same dynamic we have.

"I still care about Top Gear very much. I dreamt it up. I can’t bear to look [at it now]. It would be like going to visit your baby after it's been adopted by someone else, and pressing your face up against the window."