HIGHBURY PUB The Gunners, which recently appealed to Irish Post readers to support and, if possible, attend its Mica awareness event on Saturday 9th October, has reported to us today that the occasion was a huge success.

The North London boozer, based on Blackstock Road, held the event in solidarity with Mica redress campaigners back in Ireland, who have been lobbying for 100% redress from the Irish Government over substandard building materials which were used in the construction of over 7,000 homes.

Thousands of campaigners – mainly from affected areas in Donegal, Clare, Sligo and Tipperary – descended on the Dublin capital on Friday 8th October to reiterate the urgency of their plight.

This came after Housing Minister Darragh O’Brien extended the Government’s deadline to reach a decision on the issue, leaving parties affected by the debacle to wait even longer than expected for a resolution. 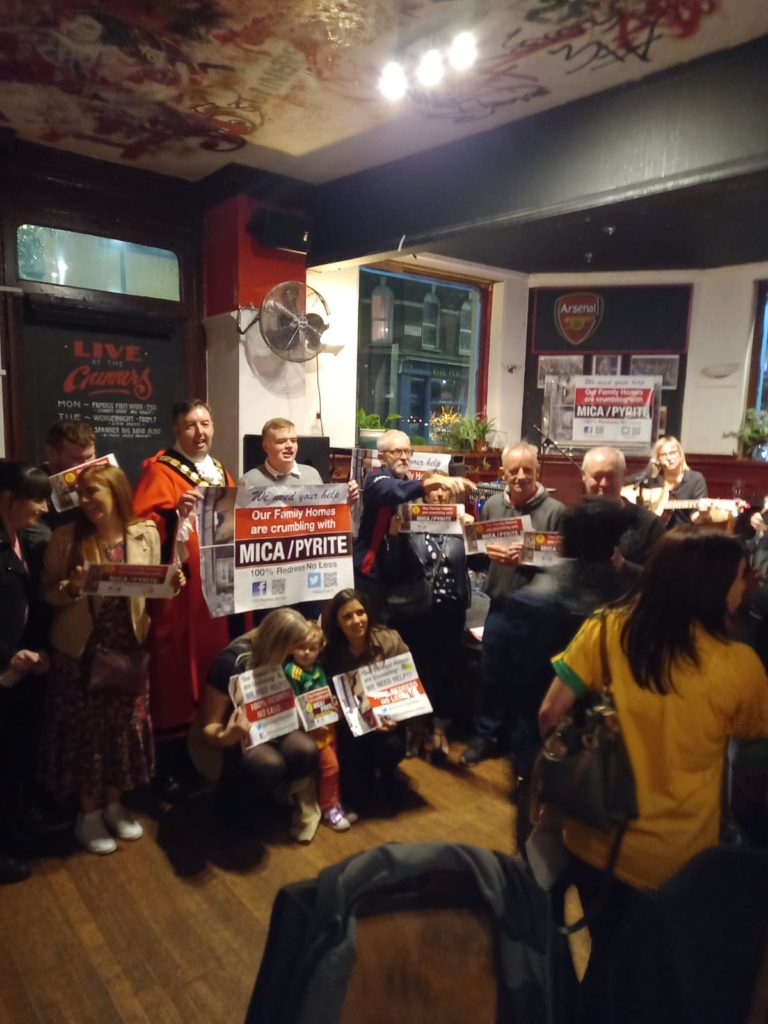 Meanwhile, The Gunners pub landlord Brian Doherty – himself a Donegal native and close friend of Mica activist Paddy Diver – felt confident that the issue would resonate with members of the Irish community in London and wanted to express that support in an event which ultimately attracted around 100 people.

Pub landlord Doherty expressed his delight at the broad-spectrum political turnout, telling The Irish Post that he felt this represented a ‘recognition from both British and Irish alike that the indignity being suffered by people at home needs to be addressed.’

Doherty says that he hopes to hold similar events in the future, and is likely to formalise the activism of Mica campaigners in England under the banner of a group.

‘This is just the first event of many,’ he told us.