The former ambassador to Japan formally endorsed Biden in an op-ed for The Boston Globe, where she described him as "the President we need", adding that Donald Trump had "shredded our credible around the world".

Kennedy went on to say that Biden "embodies" the famous words her father said during his Presidential inauguration in 1961.

"Joe Biden embodies those words. He understands that the source of America's strength - what truly makes us great - are the values and ideals that unite us. 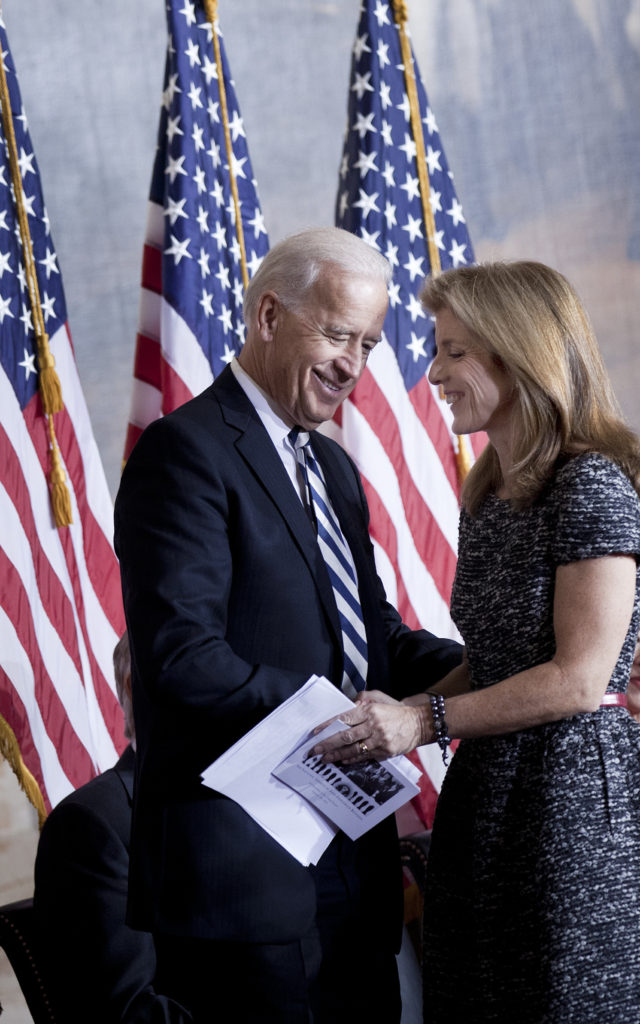 WASHINGTON - JANUARY 20: Caroline Kennedy thanks Vice President Joseph Biden after he spoke during an event to honor her father's inauguration on Capitol Hill January 20, 2011 in Washington, DC. John F. Kennedy, a former Senator and the 35th President of the United States, delivered his first inaugural address 50 years ago today. (Photo by Brendan Smialowski/Getty Images)

"That’s what his life of service tells us. That is what his character and decency reflect. That’s why, at this fragile moment for our democracy, Joe Biden is the president we need."

Ms Kennedy went on to criticise Trump's time in office, stressing that America must look to someone with the right character and values.

"President Trump has done immense damage to our institutions, exploited our differences, and shredded our credibility around the world.

"I am excited by the Democratic candidates and the ideas they have put forward. But this year, it's not just policy proposals that are on the ballot.

"Our fundamental values are at stake as never before in my lifetime.

"This election is about more than achievement. It is about character," she said.