JOHN BERCOW resigned as Speaker of the House of Commons yesterday after holding the position for over a decade.

The earthy growl of 'orderrrrr' will forever hark bark to a time when British politics was as entertaining as it was volatile and divisive.

Whatever your opinion of Bercow, his vibrant personality and whirring interjections certainly made parliamentary session more entertaining to watch. Whether that's a good thing or not is up for debate, mind.

As he bows out, we thought it might be nice to remember some of his very best put-downs, rants and savage comebacks to MPs down the years.

So without further ado ... ORDERRRRR: 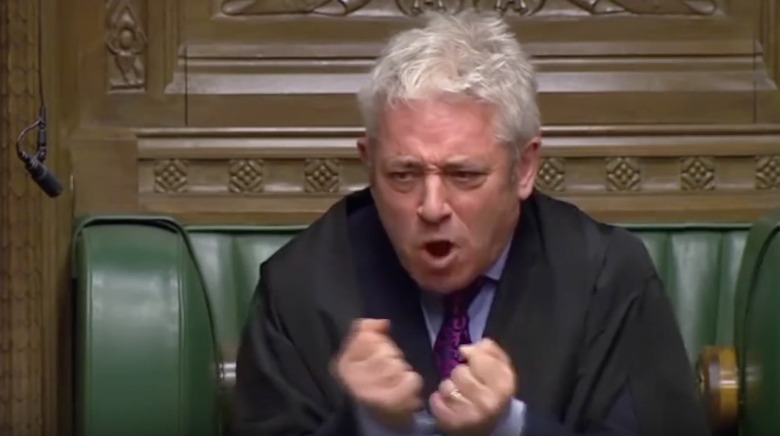 When Jeremy Hunt fiddled with his mobile phone

"It's a point so blindingly obvious that only an extraordinarily clever and sophisticated person could fail to grasp it."

"The honourable gentleman said that it had been noticed that there was a sticker in my car. That sticker on the subject of Brexit happens to be affixed to, or in the windscreen of … my wife’s car.

"Yes, and I’m sure the honourable gentleman wouldn’t suggest for one moment that a wife is somehow the property or chattel of her husband. She is entitled to her views, that sticker is not mine and that’s the end of it."

"As far as this place is concerned, I feel very strongly that our opposition to racism and to sexism and our support for equality before the law and an independent judiciary are hugely important considerations in the House of Commons."

When Michael Gove was causing a fuss

"I say to the Chancellor of the Duchy, that when he turns up at our school as a parent, he’s a very well-behaved fellow.

"He wouldn’t dare behave like that in front of [the school] and neither would I.

"I invite the Honourable Gentleman who withdraw that adjective that he used a moment ago. he's perfectly capable of asking his question without using that word. It is up to him, but if he doesn't wish to withdraw it I can't reasonably ask the Prime Minister to answer the question.

"All he has to do is withdraw 'that' word and think of another. I think he knows the word beginning with 'd' and ending in 'y' that he inappropriately used."

When he singled out a front bencher for an exceptional rant

"Order - let me say once and for all to the Honourable Lady, who has been conducting a running commentary since she sat on that bench at the start of this debate, stop it.

"I don't wish to hear it, neither does the House. The Right Honourable Gentleman the secretary of state will respond in due course.

"I don't want to hear the sedentary chuntering and the finger-wagging and all the rest of it. The Honourable Lady, she can say 'pooh' if she wants, the Hon Lady will accept the ruling of the Chair and either behave or get out of the chamber, I don't mind which it is." 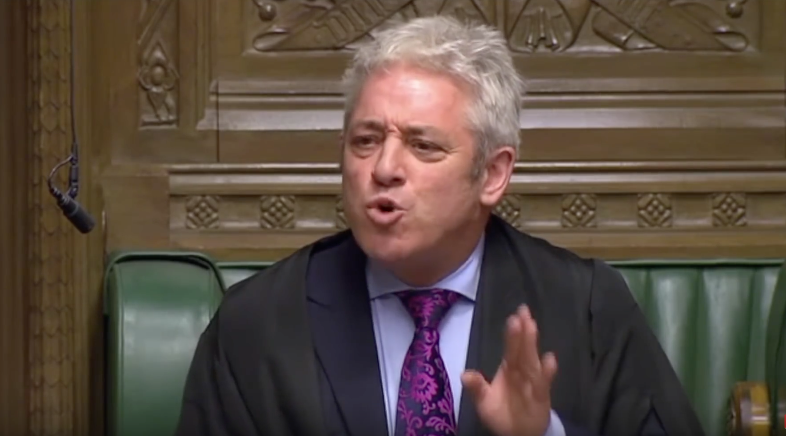 "Can I just ask the house ot have some regard for the views of the public about our behaviour, given that we'll be seeking their support in the weeks ahead.

"It's really quite straightforward"

When he berated Michael Gove, again

"Mr Gove! You really are a rather over-excited individual! You need to write out 1,000 times 'I will behave myself at Prime Minister's Questions'."

When he singled out two exceptionally loud MPs

"Can I say to Mr Robertson - you do have something of a lion's roar and it rather lets you down, because I can hear very clearly it's you.

"And as for you Mr Lucas, I've told you you need to go on some sort of therapeutic training course if you're to attain the level of statesmanship to which you aspire."