Mahoney, a veteran actor best known for his role as Martin Crane in the TV comedy series Frasier, died in the US on Sunday.

His publicist, Paul Martino, told The Hollywood Reporter that Mahoney passed away on Sunday in his adopted hometown of Chicago after a brief hospitalisation.

He was the seventh of eight children born in Blackpool, Lancashire, England on June 20, 1940.

His family was evacuated to Blackpool from the Mahoneys’ home city of Manchester, when it was heavily bombed during the Second World War.

After the war, the Mahoneys moved back to Manchester.

His Irish father, Reg, was a baker who played classical piano, and his mother, Margaret, was a housewife who loved reading.

Mahoney moved to the United States as a young man when his older sister, Vera, a war bride living in rural Illinois, agreed to sponsor him.

First, he studied at Quincy University, Illinois, before joining the United States Army to speed up the U.S. citizenship process, which he received citizenship in 1959.

He then worked as an English teacher and as the editor of a medical magazine before deciding to pursue a career as a professional actor in his late thirties.

He became a mainstay of the Steppenwolf Theatre Company in Chicago, winning a Tony Award in 1986 for his performance in John Guare’s The House of Blue Leaves.

It is with our deepest sorrow that we share the news that ensemble member of 39 years John Mahoney passed away. Tonight’s opening night performance of You Got Older has been cancelled. We are instead inviting all to gather in Front Bar this evening. All are welcome to join us. pic.twitter.com/k8yrrR7ICA

Mahoney also performed at the Galway Arts Festival in a number of productions including Eugene O’Neill’s Long Day’s Journey Into Night and Bruce Graham’s The Outgoing Tide.

On the big screen, his film credits included Tin Men, Suspect, Moonstruck, Eight Men Out, Say Anything, Barton Fink and The Hudsucker Proxy.

On television, his credits included Hot in Cleveland, In Treatment and ER.

But it is for his role as loveable curmudgeon Martin Crane in Frasier that he will be best remembered. 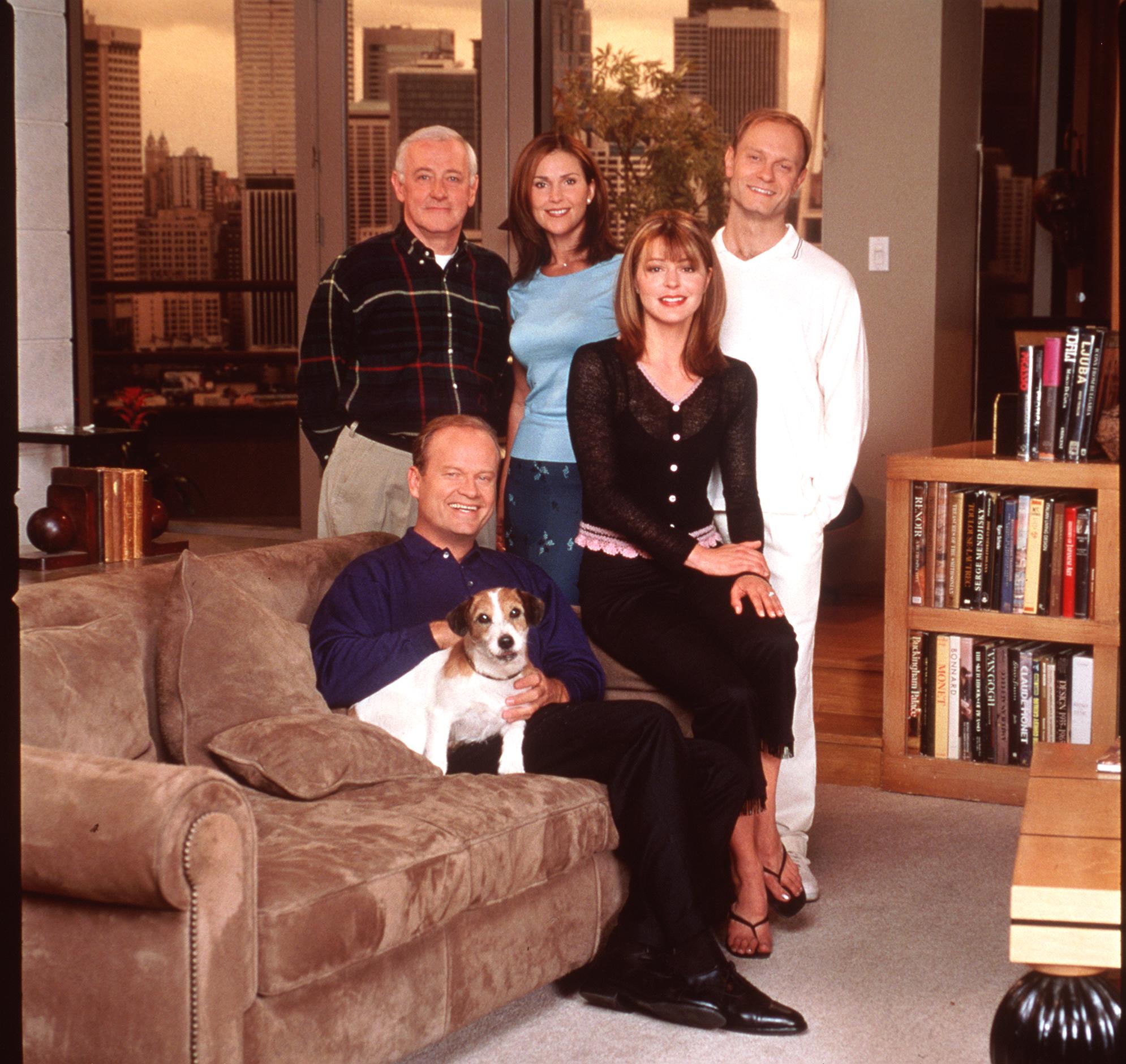 Mahoney played the role of Frasier (Kelsey Grammer) and Niles (David Hyde Pierce) Crane’s father from 1993 to 2004 and was nominated for two Emmy and two Golden Globe awards for his work on the show.

He shared the Screen Actors’ Guild award for Outstanding Performance by an Ensemble in a Comedy Series with his Frasier co-stars in 2000.

His former co-star Peri Gilpin, who played Roz in the series, paid tribute to him on Twitter, asking followers to ‘raise a glass to John.’

John singing at my wedding. Watch Moonstruck, Say Anything and/or Frasier or anything you can with him in it and raise a glass to John. Remember him well. pic.twitter.com/Tj3i5B4x13

John Mahoney was a fixture on the Chicago stage for over 30 years through countless award-winning performances and as a member of @SteppenwolfThtr. Though he will be missed, his work and impact will endure for generations to come. pic.twitter.com/e9hiaFSCzk