AN IRISH animal charity has reunited a lost cat with her owner-- more than five years after she went missing.

In a beautifully uplifting story which proves you should never give up hope on your missing pet, an elderly tabby cat was finally brought home earlier this week, five years after she vanished.

The Dublin Society for the Prevention of Cruelty to Animals (DSPCA) shared the heartwarming story with their followers on Facebook yesterday as a reminder of how important it is to microchip your animals.

Taking to social media, a spokesperson for the DSPCA wrote: "Yesterday we were delighted to reunite Indie the tabby cat with her owner after five long years missing."

Indie was 9 years old when she went missing, already quite elderly by cat standards, and it's likely her owners were beginning to accept she had passed over the 'rainbow bridge'.

But this week, at the age of 14, Indie was found by a DSPCA inspector in Dublin, "sick, underweight and with a skin condition".

As Indie was examined by one of the charity's vets, it was found that she was microchipped-- and her owner's contact details were found on the server.

"We were able to call her owner to give the fantastic news that she had been found!", the spokesperson continued, sharing an image of her overjoyed owner preparing to bring Indie home. 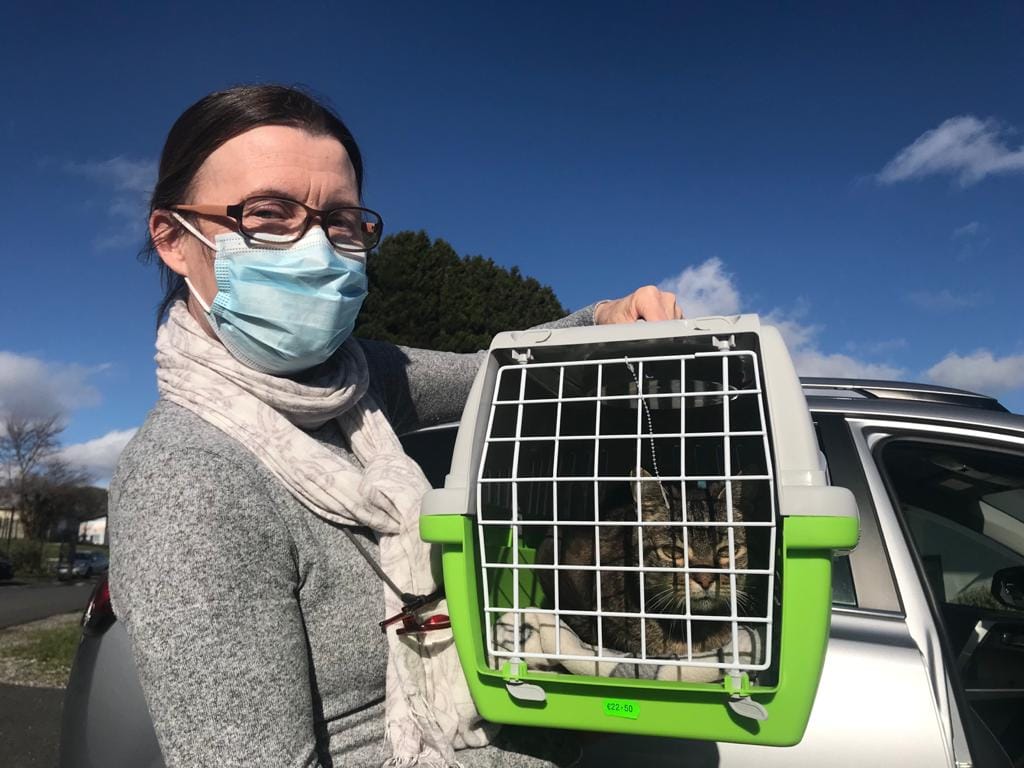 "Indie has spent her first night at home and her owner tells us she is doing fine; she has a recovery road ahead but hopefully she will be back to good health in no time."

They added: "This story shows the importance of Microchipping your pet, even after all these years Indie got to go home at last."

The story drew dozens of comments from animal lovers across Ireland, with many sharing their own missing pet stories and hoping they could someday experience a similar happy ending.

"That raises your hoes for all lost pets," one woman wrote, while another said her pet has been missing for 18 months. "I'm hoping her chip brings her home someday."

Indie's owner, Deborah, even shared a quick update on the beautiful Tabby cat, writing "Thank you for all your lovely comments.

"We are all delighted she has finally come home after 5 years."

Indie, safe at home at last thanks to her microchip. (Image: Deborah Ní Fheich / Facebook)

You can follow the DSPCA and all the vital work they do via their Facebook page here.