AN IRISH Liverpool supporter has shared the letter written to him by Jurgen Klopp after the Reds manager learned of the sad passing of the fan's young brother.

A life-long Liverpool fan Chris Ryan, 25, from Dublin was delighted when the Merseyside club ended their 30-year wait for another league title last summer. However, the triumph was tinged with sadness as Chris wasn’t able to celebrate the success with his younger brother Callum.

A fellow Liverpool supporter, Callum tragically passed away from an asthma attack in 2017, aged just 12, at a sleepover with friends. His death left the Ryan family devastated.

Eager to honour his memory, Chris wrote to Klopp, telling him his sibling’s story.

To his surprise and delight, the German replied with a letter Ryan told the Irish Mirror he and his family will “cherish forever”.

“Given the current climate, with coronavirus and everything – he can make such a difference to someone's life by just sitting down and doing something like that,” he added.

Writing in the letter, personally addressed to Chris, Klopp says: “It is clear that as a brother you loved him very much and continue to love him very much and it is also obvious that Callum was a special person so I really appreciate being given the opportunity to learn about him.

"I wish I had the words to do justice to this situation but I haven’t,” Klopp said.

“I also hope that in time you will be able to take comfort from the moments that you were able to share as brothers, whether that was following Liverpool or whatever.”

The letter, which was shared by an Irish Liverpool supporters' group on Facebook, can be read here: 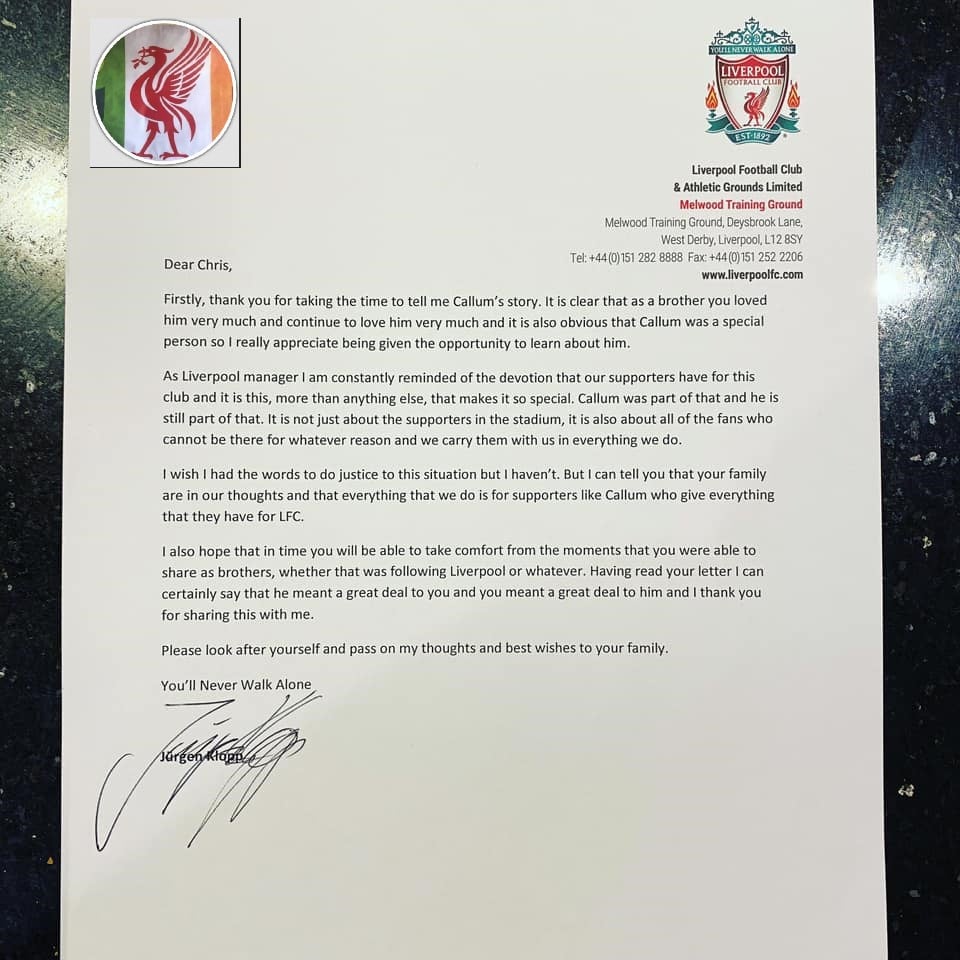 The full interview with Chris can be read on the Irish Mirror here.