BRITISH RIGHT-WING commentator Katie Hopkins is to be deported from Australia after she posted a video to social media bragging about breaking the country's strict quarantine laws.

Hopkins, a controversial character who has often come under fire for racist comments, including comparing immigrants to "cockroaches", had been invited to take part in Big Brother Australia and landed in Sydney last week, where the city is in lockdown to sow the spread of the Delta variant.

The vocally anti-lockdown figure was subjected to hotel quarantine, like passengers into Australia from all other countries but New Zealand, and posted a video from her hotel room saying the pandemic was "the greatest hoax in human history".

She explained how the rules in hotel quarantine sees a staff member leave food outside her door three times a day, and she must wait 30 seconds and wear a mask before opening the door to collect her meal to allow the staff member to get a safe distance away.

However she said she was opening the door as soon as the knock came to "frighten the sh*t out of them" and said she would do it "naked with no face mask". 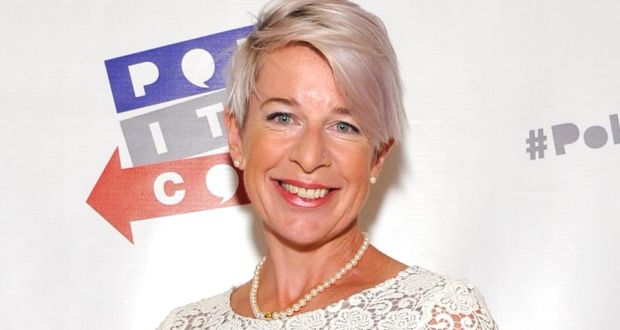 Katie Hopkins is set to be deported from Australia (Getty)

She said she hoped the sergeant of the hotel would "come up and tell me off so that I can stand there naked while he tells me off".

Hopkins' presence in Australia was already controversial as thousands of Australian citizens remain trapped abroad due to travel restrictions and capped flights, and her boasting about breaking quarantine rules proved the last straw.

Despite Hopkins insisting she was "joking" in her remarks, the damage was done, with Home Affairs Minister Karen Andrews telling the Australian Broadcast Corporation the government will be "getting her out of the country as soon as we can possibly arrange that", BBC News reports.

The celebrity, who was permanently banned from Twitter last year for posting 'hateful content', has had her Visa cancelled and will also be fined $1,000 for not wearing a mask.

New South Wales police department confirmed in a statement today that a 46-year-old woman had been transferred to Sydney International Airport "following the cancellation of her visa" to board a flight "departing to the United Kingdom".

By: Charlie Wilkins  -  8 minutes ago