LEO VARADKAR believes the UK public are in favour of a second Brexit referendum.

Speaking at a press conference in Sweden, Varadkar told reporters that polls in the UK indicate that the will of the UK public is to have a second referendum.

"All the polls since Prime Minister Johnson became prime minister suggest that's what the British people actually want, but their political system isn't able to give them that choice," he said.

Varadkar's rejection of the new Brexit proposals which would see the island of Ireland become an all-island regulatory zone covering all goods, including Agrifood.

Johnson believes this change would eliminate the need for regulatory checks on any goods moving north and south of the Border. 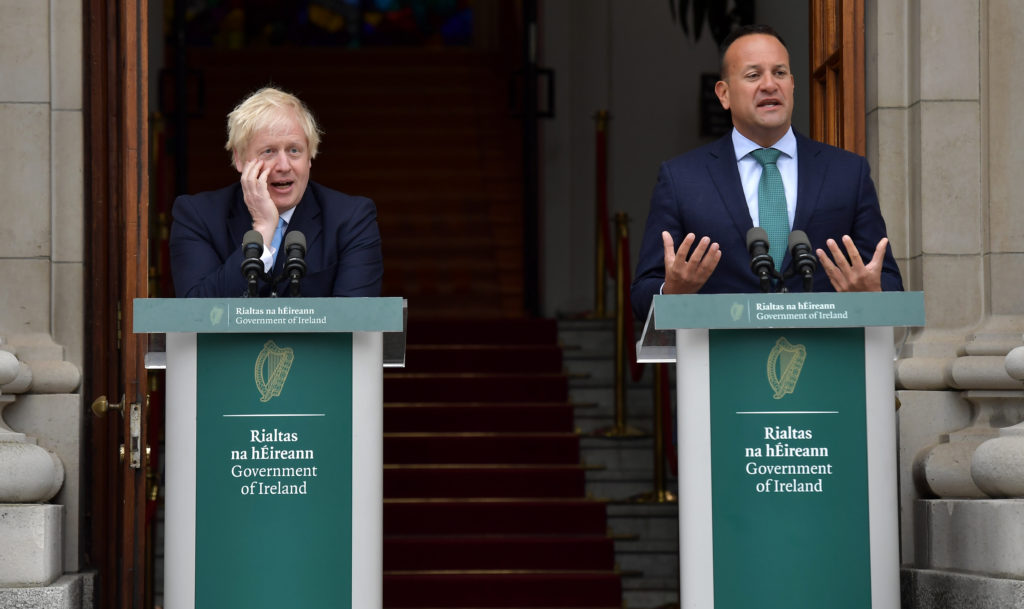 Irish Taoiseach Leo Varadkar (R) speaks to the media ahead of his meeting with British Prime Minister Boris Johnson at Government Buildings on September 9, 2019 in Dublin, Ireland.

Varadkar soundly rejected the latest withdrawal plans, saying the proposal "falls short" of anything that might lead to a common agreement.

Furthermore, his deputy Simon Coveney has also warned that there will be no deal if the latest offer from the UK is 'final'. He also said the proposal for customs check was "a real problem".

Simon Coveney told the Dail parliament in Dublin that the plan was "not the basis for a final deal or an agreement".

He explained that these proposals will lead to a no deal if no significant changes are made.

The Irish government will present a budget for a no deal Brexit next week, amid growing fears that Britain will leave without a deal at the end of October.

Varadkar seemed particularly opposed to the idea that Northern Ireland would get to vote every four years whether or not to remain in the 'all-Ireland regulatory system' outlined in Johnson's plans.

He suggested it gave far too much power to the DUP effectively giving them a veto over whether Northern Ireland would stay in the EU single market.

The Taoiseach suggested the Irish parliament could be given a vote on the Boris Johnson plan if it is accepted by Brussels.