IRELAND'S SUICIDE statistics are haunting, and made all the worse by the fact that mental health services are not helping those in need.

There's not a person in Ireland who hasn't been personally affected by the depression or suicide of a loved one, and each year hundreds of thousands of people march in the Darkness Into Light walk to raise awareness of suicide and self-harm.

But while the Irish people understand the horrific prevalence of mental illness on our shores, the services which were set up to protect people are simply not working.

The county of Limerick, in the South-West of the country, has one of the highest suicide rates in the entire country, with statistics almost double that of the national average.

After the loss of three young women to suicide in Limerick in just three weeks-- Yasmin Williams, Mia O'Neill and Antoinette Massey-- Vee Quinlan, who has lost friends to suicide, penned a response to the failure of the government to protect some of the country's most vulnerable, drawing on her own experience at being let down when she needed the services most.

She wrote about the "callous funding cuts" which the government deemed necessary despite Ireland's high suicide rates, and spoke of how she was stigmatized by mental health professionals as she didn't 'look' suicidal, saying "If you are not constantly performative in just how unwell you are, you are at risk of not being listened to, pushed to the side or even discharged."

The aim of Ms Quinlan's post, which is detailed in full below, was to make a change, and she has encouraged people to get in contact with the people who have the power to implement this change, such as by:

Emailing or Tweeting the Minister for Health Simon Harris: [email protected] or @SimonHarrisTD

"Three people in the last three weeks.
Three young girls who had their lives ahead of them.
Three human beings, who just needed help, but were failed by this country.

By these rigid, disgusting systems.

By the repeated, callous funding cuts.

By the ignorance on the part of mental health professionals.

By a lack of care on our government’s part.

I don’t know if it’s because we are still collectively a very backwards country in our viewpoints, or that our Psychology university courses aren’t up to scratch, or that the training received upon entering the field is inadequate. I don’t know if it’s due to burn out, lack of funding, or sheer lack of care. I don’t know what goes on behind the closed doors of a Clinical Psychologist or Psychiatrist’s office. I don’t pretend to know what working in the mental health field is like, and I’m sure it is very difficult, and I’m sure they are largely confined by the laws and rules provided to them.

But what I do know is stigma is still alive and well, and deep rooted, in the mental health services here. There seems to be a very toxic, unspoken, but commonly held consensus in the field in Ireland – at least with ANY professional I have met – that sickness always has to look a certain way. That pain always presents in the same way. That anyone who doesn’t fit their rigid idea of mental illness and doesn’t hit the exact guidelines set from the DSM clearly isn’t unwell. Anyone who doesn’t constantly appear at appointments unwashed, frazzled, neurotic and at their worst possible mental point clearly doesn’t need help. From someone with a massive amount of experience with the mental health services in this country, a mother who has also been unwell since 18 years old and multiple friends and acquaintances with the same experience – something is really, seriously wrong. It goes deep into the core of the system. It is set up to fail." 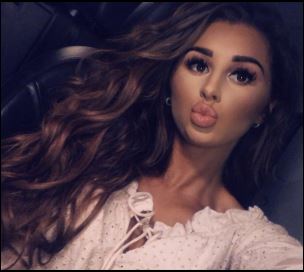 Yasmin Williams died by suicide on the 23rd of August this year.

"If you are not constantly performative in just how unwell you are, you are at risk of not being listened to, pushed to the side, or even discharged.

You know things are wrong when you present to these services and PROFESSIONALS say things to you like “what could a young girl like you possibly have to be depressed over”, or “you’re able to put on makeup, dress well and leave the house – if you were truly depressed you wouldn’t do these things”, and multiple other things that dismiss your experience and pain. When they don’t even bother to look at your file, or the psychiatrist who you’ve been seeing for years doesn’t remember your face or your name.

Even when you come in having not showered in a month, feeling hopeless and in need of some form of support, even vocalising fearfulness of your safety, you’re just given a higher dose of medication or essentially told to deal with it and sent on your merry way.

And that’s even if you get admitted to outpatient care in time. The waiting lists are unending. I’ve known of countless people who have been on the waiting list and refused outright from services, even when they show up at the door begging for someone to talk to, who are now unfortunately not with us anymore because it was too fucking late.

There is something fundamentally wrong with the way this system is set up."

"I was engaged with CAMHs (Child and Adolescent Mental Health Services) for most of my teenage years. Despite the trauma I had experienced (and was at the time, still currently, experiencing – as they were fully aware of), self harm, drug use, constant repeated suicide attempts, etc, they dragged their heels and didn’t give me the help I needed, nor did they seem to want to. I remember a common theme in my thought process in relation to CAMHs from 12 to 17 being - “I’m going to have to kill myself before they ever see how much pain I’m really in, before they pay attention and take me seriously, before they see how much of a danger I am to myself right now.” I realise this isn’t a very good thought to have, and could even be construed as manipulative, but try to think of it from the perspective of a frantic and tortured teenager, screaming into the void and not being heard. I imagine that is how thousands of young people feel at this very moment in this country, and from what I’ve seen and been told, it is. I’m still engaged with mental health services as an adult, and it may be even worse. 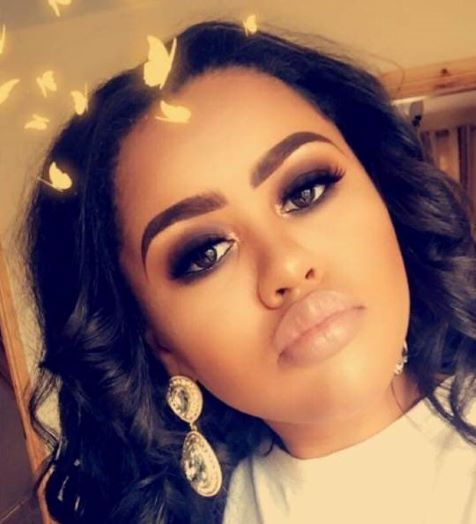 Mia O'Neill died by suicide on September 6th. She was 16.

"I just can’t believe that there are another three souls lost in this city in the last 3 weeks to suicide. Three girls who had their lives ahead of them, between 16 and 24 years of age. The common theme between all of these girls is they had been let down by the system. Discharged, ignored, basically told that they are NOT cared about in this country, and that nothing would be done to help them.

I’m disgusted, and I’m finding it hard to have hope, but we have to come together to some degree. We have to show solidarity in this. It’s something that effects us all – mental health is important, and shouldn’t be stigmatised and dismissed to the degree it is. Mental illness can happen to ANY of us.

Nothing is changing, but something needs to. It’s all well and good, (and a lovely, genuine sentiment – don’t get me wrong), to share posts – but it does nothing in reality.

If you are in a position to, reach out to those in your life who you see are going through a rough time. If you see them pulling away or spiralling into old behaviours, if you can feasibly assist without putting your own mental health at risk, then do so. We need to be more open with each other. We need to support each other. In a country that doesn’t support us, we are all we have." 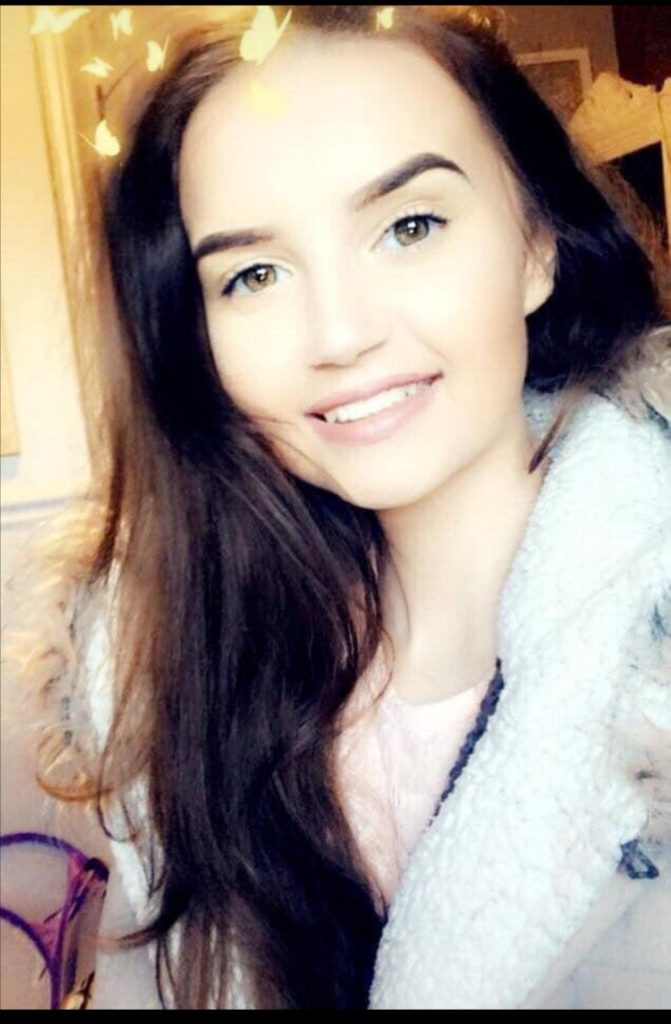 "If you want to attempt to make a change, if you want to see and live in a city where it hasn’t become the norm to have fear struck in your heart when you hear the helicopter whirring across the river, if you want to know for sure that if you are ever at a point where your mental health is at risk and you can’t afford private services that you’ll be taken care of and not shunned, if you want to have security in the knowledge that your friends, family and the people around you are safe and being looked after, if you want to see Limerick rise from the big grey cloud it’s been stuck under, be proactive.

Who knows if it’ll make any difference, but it’s better to try do something than do nothing for fear of it not working.

- There are protests and meetings constantly in the city orchestrated by Stand Up For Mental Health Limerick – get involved if you can.
- You can make a direct complaint to the Department of Health:
- Send a letter: Department of Health, Hawkins House, Hawkins Street, Dublin 2 (D02VW90)
- Write an email: [email protected]
- Phone them: 01-6353000
- Email / tweet Simon Harris, the Minister for Health at [email protected] & @SimonHarrisTD
- Tweet, email, even fb message Leo Varadkar, Taoiseach at Leo Varadkar T.D., @LeoVaradkar & [email protected]

Rest in Peace Yasmin Williams, Mia O'Neill, Antoinette Massey, and everyone else who has been failed by this country."

If you have been affected by this story, please don't hesitate to contact The Samaritans.