HE MIGHT be the world's oldest solitary dolphin, but that doesn't mean Fungie doesn't get lonely.

The County Kerry dolphin, who has been drawing delighted crowds to Dingle for decades, is a local celebrity and known tourist attraction around the world-- and even recently broke a world record for being the oldest recorded solitary dolphin.

Despite not living with a pod like others of his kind, Fungie has never been short of friends: he revels in the semi-constant boat trips which brings excited children and adults alike to his waters, and almost always has a trick or two to show them. 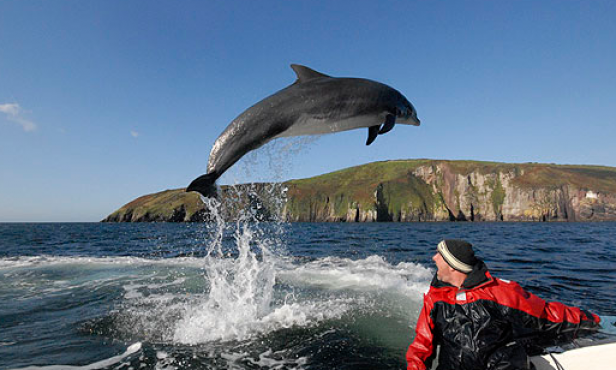 But since the lockdown has come into place, the boat trips and crowds have disappeared, and Fungie has been missing the company and attention of his adoring audience.

Local man and owner of Dingle Sea Safari, Jimmy Flannery, has been visiting the boisterous dolphin twice daily to check up on him, and said it is obvious that he is feeling lonely.

“I went out in a small boat and he would nearly jump into the boat with you. He will be delighted to see other people as well when this is all over," he told the Irish Mirror last week. 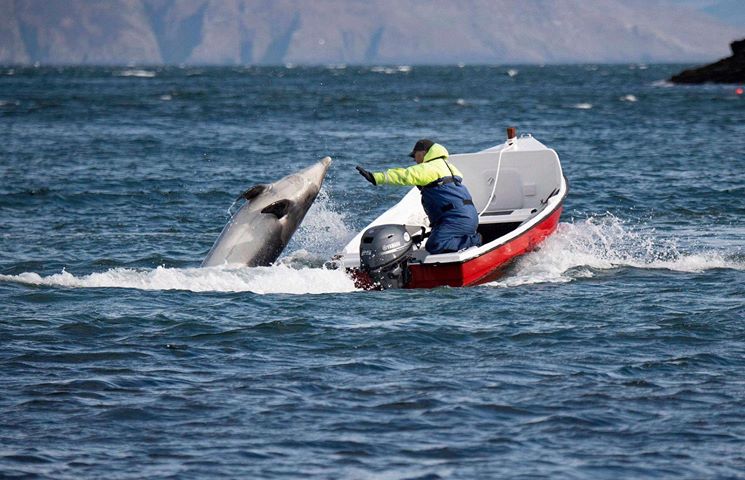 Sadly, however, the visits don't seem to be enough for the dolphin who has become so used to human attention, as Jimmy said he has been trying to chase fishing boats "but they don't have time for him. They are too busy heading to the fishing grounds."

"Fungie is lonely alright," he told The Independent, adding that he is "just not himself".

One little boy was devastated that Fungie was feeling down, and so took it upon himself to write a message of support to the beloved Dingle icon.

Youngster Lucan addressed the postcard to 'Fugi, Dingle Harbour, Co Kerry'-- and of course, the postman knew exactly who he was talking about.

Written as gaeilge, the postcard reads:

We heard you were lonely.

Don't be worrying about it, we will be back next year."

One thing's for sure-- when this is all over, Fungie is going to be getting a lot of attention, because his audience misses him just as much as he misses them.