Liz Truss: no choice but to act without 'requisite flexibility' from EU

UK FOREIGN Secretary Liz Truss has said that the government "would have no choice but to act" if the EU does not "show the requisite flexibility" to help solve issues with the Northern Ireland Protocol.

Truss today spoke with Vice President of the European Commission Maroš Šefčovič in an effort to progress dealings in relation to the protocol.

Ms Truss also said the current situation was causing "unacceptable disruption to trade" and had "created a two-tier system" where people in Northern Ireland weren’t being treated the same as everyone else in the UK.

In a statement following the discussion with Šefčovič, she said she reminded him of the importance of defending the Good Friday Agreement, and that the Commission "bore a responsibility to show more pragmatism and ensure the Protocol delivered on its original objectives."

Truss said the proposals by the EU "would take us backwards, by creating more checks and paperwork."

In a statement prior to the meeting, Šefčovič said the renegotiation of the protocol "is not an option" due to it being the cornerstone of the Withdrawal Agreement, and it being "an international agreement."

"We want to finalise these solutions as quickly as possible," he said. "But to do this, we need the UK government to show the same level of determination and creativity.

"With political will and genuine commitment, joint solutions to legitimate practical issues raised by people and businesses in Northern Ireland can be found within the framework of the Protocol."

The DUP has threatened to hold back on allowing the formation of a Northern Ireland Executive until its concern about the protocol are resolved.

It and other unionists say the part of the Brexit deal which relates to Northern Ireland damages its economy and undermines its place in the UK.

But most of the politicians elected to the assembly, including Sinn Féin, which overtook the DUP at the election to become the biggest party, are in favour of the protocol remaining in place. 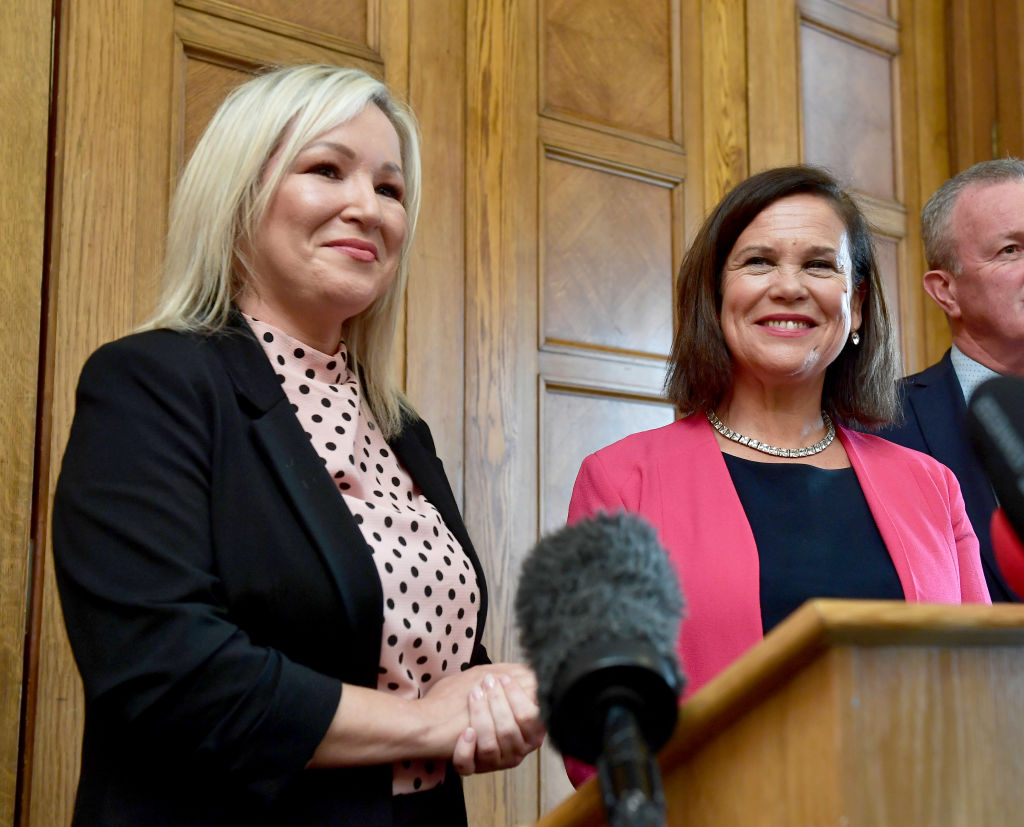 Sinn Féin President Mary Lou McDonald has today said that any threats to breach an the protocol by the British government "must be condemned by the international community."

"The Irish Protocol gives the north access to both the EU and British markets; representing a market of more than 500 million people. It protects the Good Friday Agreement and prevents a hard border on the island of Ireland.

"It presents massive opportunities for the north, and does nothing to undermine the constitutional provisions of the Good Friday Agreement.

"Whilst there are practical issues related to the operation of the Protocol to be addressed, joint solutions to these issues must be found through dialogue between the British government and the EU, not unilateral action."

DUP says it will not support nomination of a speaker to Assembly, halting creation of Executive