ONE year on from Anthony 'Axel' Foley's death, his wife Olive has said the loss of the rugby star brought the family 'to their knees.'

Axel Foley died in his sleep on October 16 last year while staying at a hotel in the Paris with the Munster squad, as the team was prepared for their opening game of the 2016–17 European Rugby Champions Cup.

Following his death, the then Taoiseach Enda Kenny and President Michael D. Higgins led tributes to the Munster coach, and the Irish flag flew at half mast outside Government buildings.

On his one year anniversary, wife Olive thanked the sporting community, Anthony's former clubs, as well as their local community who supported their family after his sudden passing.

She said: "It goes without saying that the past year was one that no preparation could help with.

"Losing Anthony in any circumstances, not least with no forewarning, brought us as a family to our knees and many, many others also. 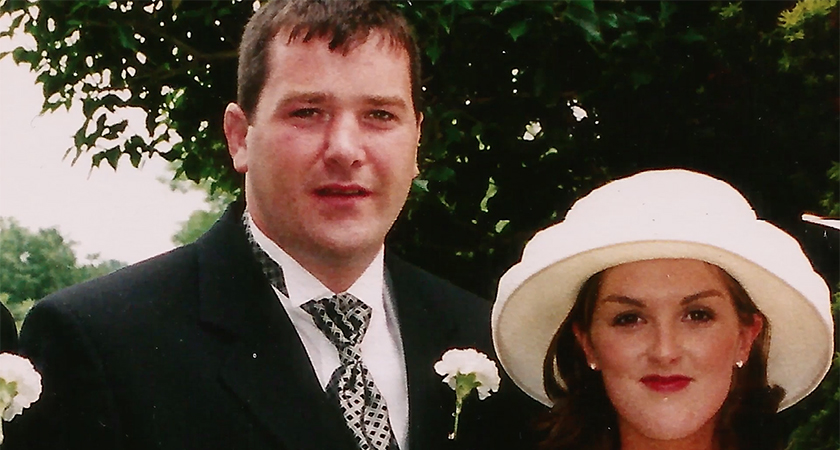 "On this day last year, our lives changed forever when we were given the dreadful news that Anthony had passed.

"The 12 months since have been about trying to take in what has happened, struggling a lot of the time to actually believe it has happened, desperately missing Anthony and trying to adapt to this new order without him.

"We are not the only ones, of course, to have travelled this journey," she said. "Sudden death is something that has come to many, many doors."

"People who’ve extended their hand and held ours, from the very moment they heard the news, right to this day.

"I think, of course, of our immediate families and dear friends who came running the very moment word reached you.

"At this worst of times, you picked us up, propped us up. Walked us through those days, weeks and months. Stayed with us, day in and day out.

"I think of that unforgettable moment outside Thomond Park, the proudest rendition of There is an Isle and the sustained applause as Anthony was driven by.

Watch an excerpt There is an Isle sung as Anthony Foley's coffin passes Thomand Park in Anthony Foley: Munsterman below...

"This sporting community flocked from the four corners of the country and from across the world to bid Anthony farewell and to show their care, offer their support, and they continue to offer it.

"There’s our amazing local community, who rolled out a carpet of warmth and care for Anthony’s final return. A community standing side by side, almost taking the baton from Thomond and bringing Anthony home.

Side by side from the moment we turned into the town with him for that last time. We’ll never come back home so laden with sadness but we will never again be lifted as we were by the sight of the hundreds who lined, in silence, the road into Killaloe.

"Candles in their hands and more at the roadside, it was a special, serene moment; the softest but most impactful of statements that you were there even more in this moment than you were in his triumphs.

"It was a terribly difficult time in our lives but through the gloom we could see all of you; family friends, sporting colleagues, community; standing shoulder to shoulder, carrying your own pain but also willing to carry ours.

"At the very worst time in life, we saw the very best of others. That, we will never forget and we hope to be able to one day return the generosity."