MAJOR restaurants and pub chains have been caught in the 'biggest food scandal since horse meat' it has emerged.

The Food Standards Authority are investigating meat producer Russell Hume after they found 'serious non-compliance with food hygiene at premises' during an unannounced check earlier this month in Birmingham.

Following investigations at Russell Hume's other sites, the FSA have stopped any products from leaving any of the firm's six premises across Britain as they were 'unable to demonstrate' compliance with food hygiene rules, the FSA said.

In a statement, the Food Safety Authority said: "We have stopped any product from leaving their sites until the business can provide assurances that they are complying with the relevant legislation, and that they are producing safe food.
"We have also instructed Russell Hume to undertake a withdrawal of all affected product in the supply chain."

The FSA said while there's no indication that people have become ill from their meat, they are 'are concerned about the poor practices in place at their premises so that is why we have taken proportionate action to ensure no meat can leave their sites at present.'

They added their investigations are ongoing.

Wetherspoons, Jamies's Italian restaurants, Marstons pub chains, Butlins Havens and Warner Leisure Hotels are thought to be affected by the meat scandal as they had used the company as a supplier. 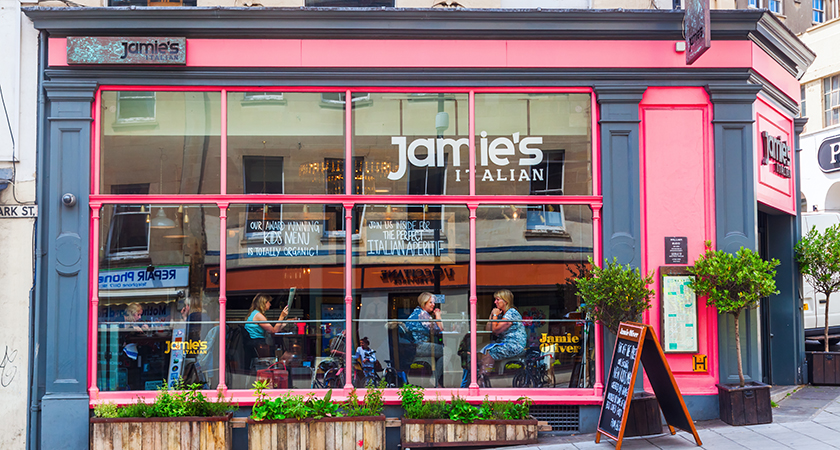 Jamie Oliver's Italian restaurants are thought to have used meat from Russell Hume. There is no indication that people have become ill from the meat, the FSA said. (Picture: iStock)

The FSA also said some catering businesses, care homes and schools across the UK were also using Russell Hume as a supplier.

Speaking to The Sun, Professor Chris Elliott, of the Institute for Global Food Security at Queen’s University Belfast, warned: “This will further undermine trust in the entire UK food industry.

"This is potentially one of the biggest food scandals since horse meat.”

Spokesman for JD Wetherspoon's Eddie Gershon told ITV News at 10: "That's something we're very disappointed with; 36 hours we tried to find out on behalf of our two million customers a week and [Russell Hume] have just kept quiet.

"That's not fair and it's not right," he added.

Russell Hume - which is described as one of the UK's leading specialist suppliers of meat, game and poultry 'providing quality and distinction' - said in a statement the decision by the FSA came as a 'serious shock.'

The firm also said they had '50 years' standing with unblemished record' and their customers and colleagues are their principal concern.