OKAY, WE'VE all been tempted, but we'd never actually go through with it.

A teenager in the United States has been arrested-- and fired from his job-- after he made up an incredibly far-fetched story to get out of going to work.

19-year-old Brandon Soules was found roughed up with his hands  tied behind his back and a bandana stuffed in his mouth, lying on a road in the city of Coolidge, Arizona earlier this month.

After some time, he was found and 'rescued' by a passerby, who alerted police to the discovery.

Soules spun police a terrifying tale of two masked men who had entered his home looking for a large sum of money that was allegedly hidden within the property-- the masked kidnappers hit him over the head and knocked him unconscious, he said, then drove him around for some time before duping him on the road where he was found.

However-- "An extensive investigation was conducted by Coolidge detectives," Coolige PD said in a statement, "and evidence was discovered showing his story was fabricated and no kidnapping or assault occurred." 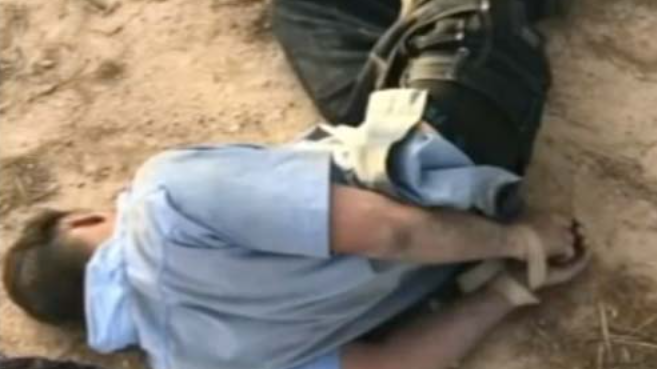 It is understood that police had examined surveillance tapes of Soules's home as part of the investigation into the terrifying kidnapping-- and found that the tale had clearly been made up.

Soules was arrested last week for False Reporting and admitted to police during an interview that "he made up the story as an excuse to get out of work".

He was charged with reporting false information and pleaded guilty to the crime, ABC reports, and there was anger within the community that he had wasted police time as well as that of other emergency services, and wasted hospital resources as they treated his self-inflicted wounds.

Thankfully, Soules will not have to come up with any more harebrained schemes to get a day off anymore,he has been fired from his job at The Tire Factory.