AN ELECTION centre in Arizona has been forced to close following demonstrations by angry Donald Trump supporters.

CNN are reporting that some of the protesters are carrying weapons.

The election centre - in Maricopa County - was closed as Joe Biden was ahead in the state by roughly 70,000 votes.

The counting is set to be continued, but has been temporarily paused due to the unrest.

Biden's lead had reportedly fallen from around 200,000, and Trump fans had descended on the centre to demand that every vote be counted.

They faced off with police and security outside the centre, forcing staff to eventually lock themselves inside the building. 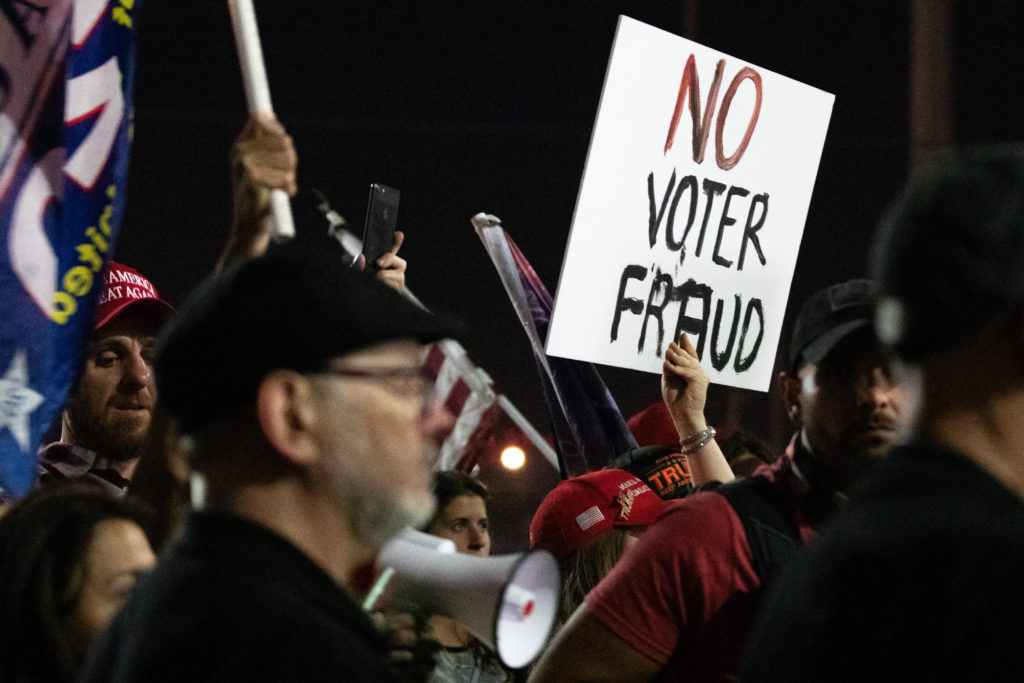 PHOENIX, AZ - NOVEMBER 04: A no voter fraud sign is displayed by a protester in support of President Donald Trump at the Maricopa County Elections Department office on November 4, 2020 in Phoenix, Arizona.

A tweet from the Maricopa County elections department said: "Staff at the @maricopacounty Elections Department will continue to our job, which is to administer elections in the second largest voting jurisdiction in the county. We will release results again tonight as planned. We thank the (sheriff's office) for doing their job, so we can do ours."

Fox News has declared Arizona for Biden, but counting is still continuing, and it could go right to the wire.

Trump needs a victory in Arizona to stand any chance of being re-elected. If Biden holds onto his slim lead in the state - which grants the winner 11 Electoral College votes, then he will likely only need to secure Nevada to win the election outright.

Meanwhile, Trump supporters have descended on counting centres in Michigan, a state which projected victory for Biden last night, demanding that the vote count be stopped.