MARIA WALSH has a strong interest in the Diaspora — which is hardly surprising when you consider her life story.

She was born to west of Ireland parents in Boston, Massachusetts. At the age of seven the family moved back to Ireland, and Maria was brought up in the small village of Shrule, on the Mayo and Galway boarder.

At the age of 21 she headed back across the Atlantic to live in New York. There Maria worked in advertising and photography before relocating to Philadelphia. “I loved my time in Philadelphia, and made real connections with the Irish Diaspora."

It seems that the people of Philadelphia loved Maria, so much so that she became the Philadelphia Rose. In August 2014 she was crowned the Rose of Tralee in Ireland. This gave Maria a chance to visit, not only every county in Ireland, but also Irish communities throughout the world.

“I will forever remember the night I was crowned the 2014 Philadelphia Rose of Tralee,” she says. “I didn’t have family in the room, and I wasn’t anticipating being honoured with the role representing the City of Philadelphia. When my name was called,  it was my extended Irish community from Mayo that were first to their feet, cheering me. I am forever grateful for that moment because it solidified I was one of their own, their Irish Rose from home.”

The role of Rose surprised Maria. “I don’t believe any International Rose goes into Tralee or experience of the Rose of Tralee with any ideas of the impact the experience has on your life or the lives of your family.

“I wanted to create an understanding for people, across the Diaspora, so I travelled across the world — to Kolkata in India, Eastern Cape in South Africa, Belrus in Chernobyl, Australia, New Zealand (for a day!), parts of the United States. I also visited 32 counties of this island of ours, all to showcase and speak to the impact Irish women have on our communities.” 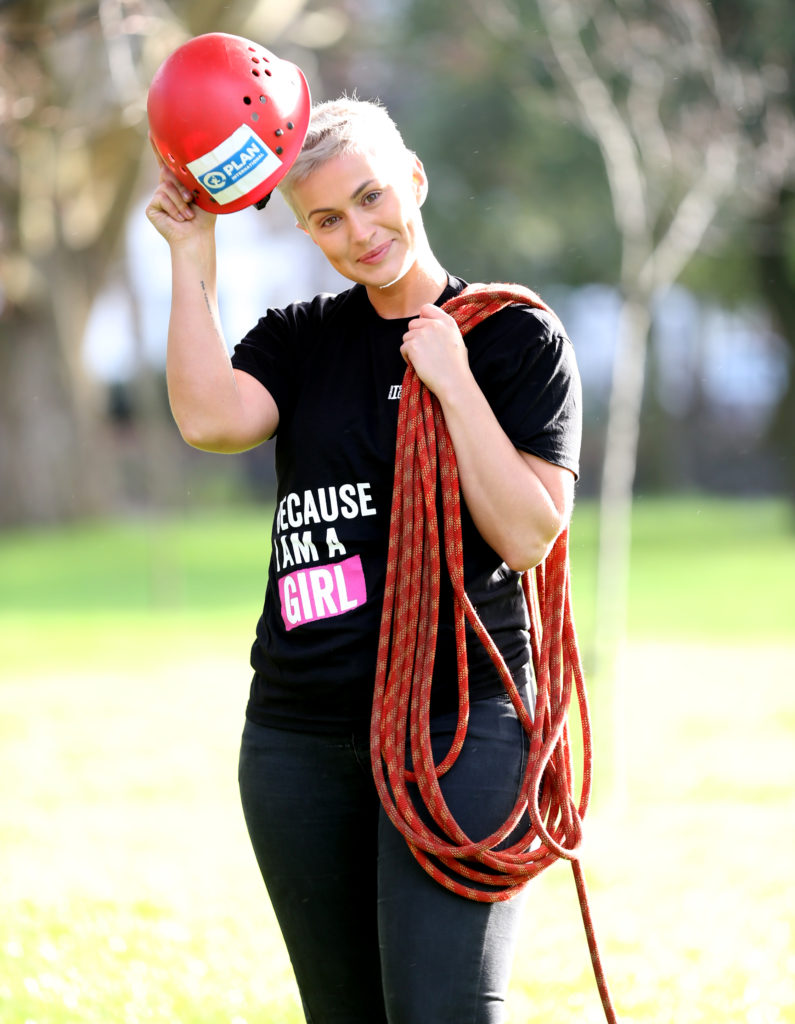 Former Rose of Tralee, Maria Walsh challenges the women and men of Ireland to go to great heights this International Women’s Day by abseiling almost 150ft from the roof of Croke Park on March 10th . The event will raise vital funds for Plan International Ireland’s work with girls in the developing world. If you are brave enough to sign up for this challenge- see plan.ie for more details. Photograph: Sasko Lazarov / Photocall Ireland

Maria has strong ties with the Irish community in Britain, and wants “to make a valuable contribution” in the ongoing Brexit debate. “I think it’s vitally important for young people both in Ireland and Britain that the correct choices are made.

“We have found ourselves at a crossroads of time where politics and community activism have an opportunity to connect and make real change and impact. We are also in a time where populism is rising, noise is being made to alienated minorities, speak with harsh tones and cruel words, give extremism a space to gather momentum. And we must act – now. As young people who are forging the future of the EU and our Island, we must create a space of welcome, of advocacy and speak to the strengths our Island has for the world.

At the  age of 12, Maria took her Pioneer Pledge and this year will celebrate her 20th anniversary with the Pioneer Total Abstinence Association.

“I am a pioneer, but don’t hold that against me!” she says. “Because I would say overall I have liberal views. That’s why I’m standing for Fine Gael. They are socially liberal, economically competent, but respect family values. Ireland is a changing country. We have moved ahead socially, but we still celebrate our traditions. I believe firmly that I should be at liberty to love and marry whoever I want. I also believe that I have sole rights over my body. I realise that doesn’t chime in with all the electorate, but Ireland has made these changes both socially and democratically and is a better place for it.”

Maria was a contributor to RTÉ’s Would you Believe broadcast discussing the Pope’s visit and beliefs the Catholic Church has towards LGBTQI community. Filmed in Shrule, Maria spoke at length about the relationship she has with her parish priest and her belief in understanding the importance of having a spiritual influence in her life.

"I participated in the documentary because it was very important for me to share my views. I am, as my friends often joke with me, a ‘traditional liberalist’. I am a person who truly believes family is integral, the importance of giving back to one’s community, of working towards something that is purposeful. But I am also a person who believes one should love whomever they want to love, of every woman should have the right to their own body and beliefs.

“Religion and spirituality is very important to me. Like many, there are times when I attend mass or visit a Church for quietness, for a time of reflection, to give thanks and be gratefuI. I walked the Camino de Santiago in 2016, 500 miles, east to west of Spain to work through the importance of who I am and where I came from. I met with priests, community goers, Catholics, Protestants’, Buddhists’, Atheists’, even a Bishop! I truly believe we are on a journey. For me, my closeness to the person above is my relationship and important for structure and understanding and reflection for me.” 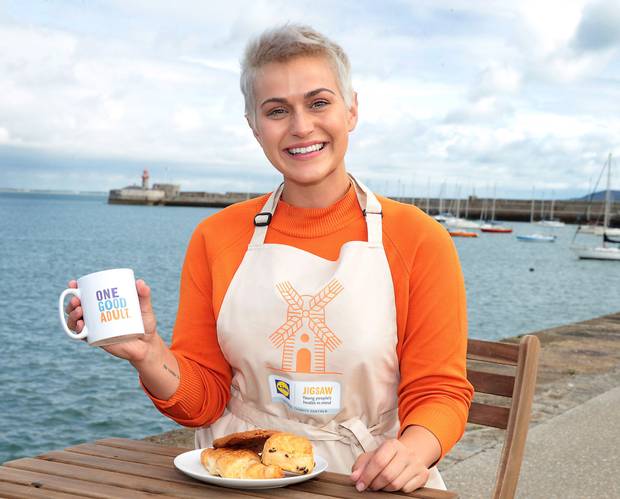 Maria  believes in Ireland, in the Diaspora, in Irish values. To the point where she takes practical steps to defend it. As well as being a former Rose, she is a soldier as well.

“I’m a Curragh-based 2 Star 1ACS Trooper for the Reserve Defence Force — I graduated in 2018. I’m currently completing my three Star training with 1MIC. I also was awarded a Marksmanship Award during my passing out.

“Being apart of the Defence Forces has been a challenge, a fun adventure. It was within these months that I learned the true importance of team work, of accountability, of working for something I had dreamed of for some time.

“The choice to be a part of what I believe is the most significant volunteer epicentre of our country has been remarkable. I am a proud Trooper. My movement to run as a candidate for the European elections didn’t come easy as if I am successful, and I wish I am, I will have to resign as a Trooper, but that doesn’t mean I stop advocating for them."

Maria Walsh is standing for Fine Gael in the Midlands/North-West. The elections are due to be held on Friday, May 24.