MARS is set to appear brighter than ever over Irish skies this evening as the Red Planet makes its closest approach to Earth in 15 years.

It'll be just a stone's throw away tonight ... a mere 34 million miles. You can practically reach out and touch the damn thing.

Astronomers say Mars will be the second brightest object in the sky beside the Moon.

It'll be clearly visible to the naked and eye and - you guessed it - will be reddish in colour, but anyone with a telescope will have the chance to gaze at a number of its features such as its mountain peaks and polar ice caps. 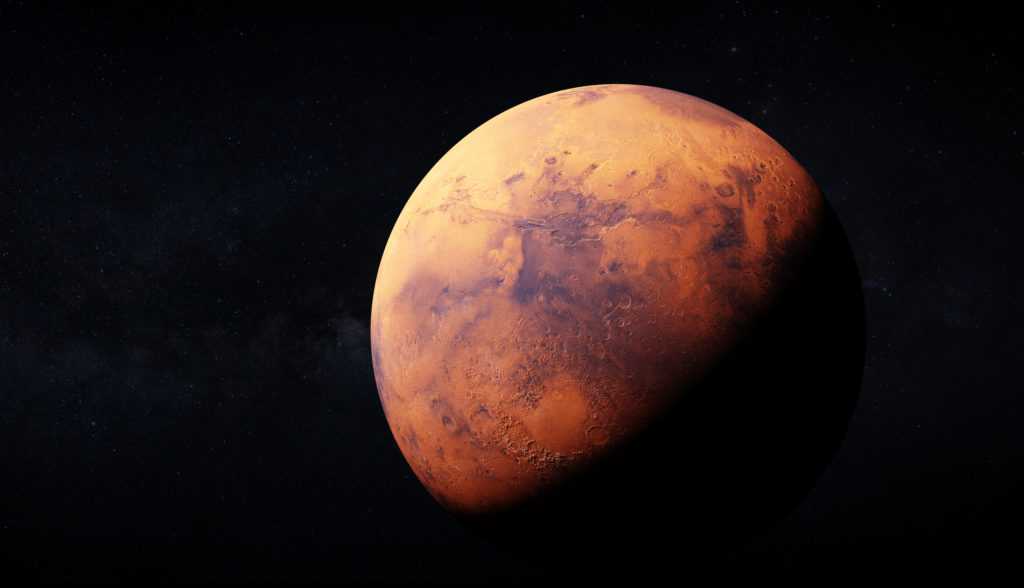 Mars will be visible this evening, as it passes close to Earth

According to NASA, the Red Planet is at its point of opposition, with the Earth passing directly between it and the Sun and will appear 'effectively as a full Mars'.

To view Mars this evening you should look to the right of the Moon and towards the constellation Pisces.

Weather conditions permitting, it should be easy to spot, because there aren't many stars in that general area this evening.

Popular at EarthSky: Photos of fiery Mars, nearly at its best in 2 years 🔴

Photos from the EarthSky community of the bright planet Mars. Earth will pass between Mars and the sun on October 13, 2020. See more photos: https://t.co/2lclbsllXN 📸

"Simply go outside and look up and, depending on your local weather and lighting conditions, you should be able to see Mars," NASA wrote in a blog post.

But while Mars is at its closest point in its orbit this evening, it won't actually be at its very brightest.

Next week, on October 13, Mars will be at opposition. What this means is that Mars, the Sun and Earth will all form straight line. And because of this alignment, Mars will be reflecting the Sun's rays back to Earth at full capacity for this very brief period.

So keep your eyes on the skies tonight, you might not get a better chance to see Mars for over a decade!