TWO PICTURES from Martin Scorsese’s hotly-anticipated new film The Irishman have been released ahead of the film’s debut on Netflix.

Based on Charles Brandt’s best-selling non-fiction book I Heard You Paint Houses, The Irishman is set to chronicle the life and times of legendary Irish-American hitman Frank Sheeran.

Brandt spent several years with Sheeran, who was nearing the end of his life, laying out his career as one of the Mafia’s go-to executioners.

Arguably the most notable confession to come out of the book concerned missing American Teamster union leader Jimmy Hoffa.

Hoffa disappeared on Wednesday, July 30th, 1975. He was last seen in the parking lot of the Red Fox restaurant in Bloomfield Township, outside Detroit.

Though his body has never been discovered, Sheeran has always claimed responsibility for his death, detailing the circumstances behind Hoffa’s demise in Brandt’s book.

Sheeran was a close friend and associate of Hoffa's and claims he was picked to take out the Teamster boss as a test of loyalty and because Hoffa would never suspect his friend would be the one to kill him. 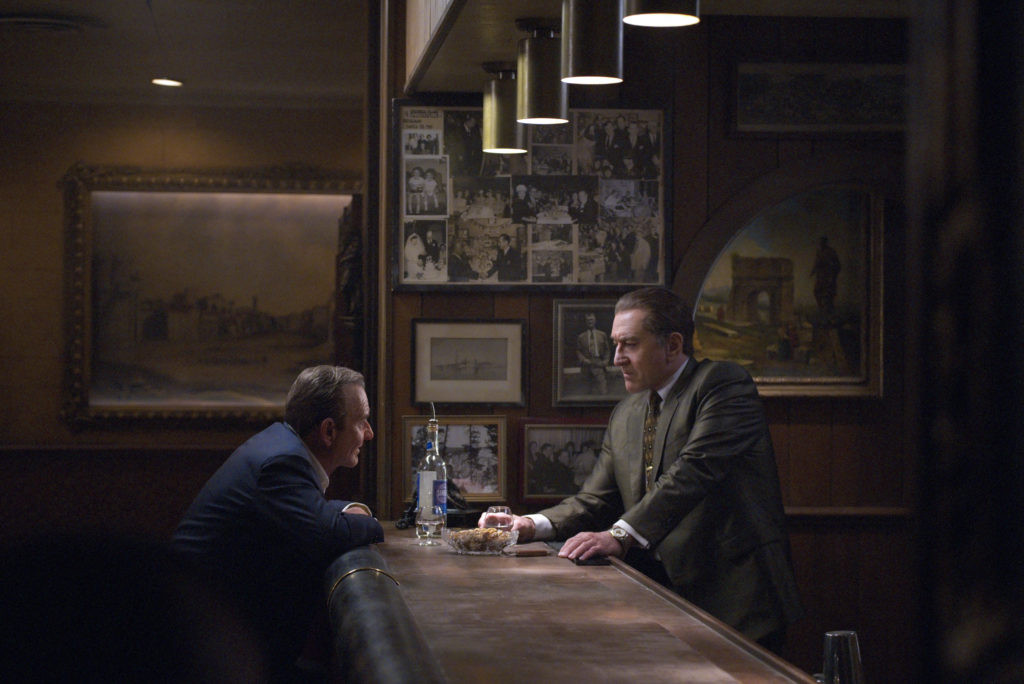 Now Pacino is set to bring the story, surrounding the union movement of the era and its intertwining relationship with organised crime in a new film starring Robert De Niro and Sheeran and Al Pacino as Hoffa.

"It’s an incredible honor that The Irishman has been selected as the Opening Night of the New York Film Festival," said Scorsese.

"I greatly admire the bold and visionary selections that the festival presents to audiences year after year. The festival is critical to bringing awareness to cinema from around the world.

“I am grateful to have the opportunity to premiere my new picture in New York alongside my wonderful cast and crew."

The festival guide describes The Irishman as: "a film about friendship and loyalty between men who commit unspeakable acts and turn on a dime against each other, and the possibility of redemption in a world where it seems as distant as the moon".

The official synopsis from Netflix reads: "Robert De Niro, Al Pacino and Joe Pesci star in Martin Scorsese’s THE IRISHMAN, an epic saga of organized crime in post-war America told through the eyes of World War II veteran Frank Sheeran, a hustler and hitman who worked alongside some of the most notorious figures of the 20th Century.

"Spanning decades, the film chronicles one of the greatest unsolved mysteries in American history, the disappearance of legendary Union President Jimmy Hoffa, and offers a monumental journey through the hidden corridors of organised crime: its inner workings, rivalries and connections to mainstream politics."

The Irishman will premiere on September 27.