MARY LOU MCDONALD has doubled down on her controversial attendance of the funeral of former IRA member Bobby Storey, claiming she'd have gone even if she were elected Taoiseach.

The Sinn Fein party leader was one of hundreds who lined the streets of Belfast on Tuesday, including former leader Gerry Adams, to pay their respects to Storey.

Their decision to attend such a large public gathering was widely criticised with many accusing the politicians of breaking social distancing rules.

Current guidelines restrict funeral services to a maximum of 10 people, while restrictions on public gatherings have a limit of just 30 people. 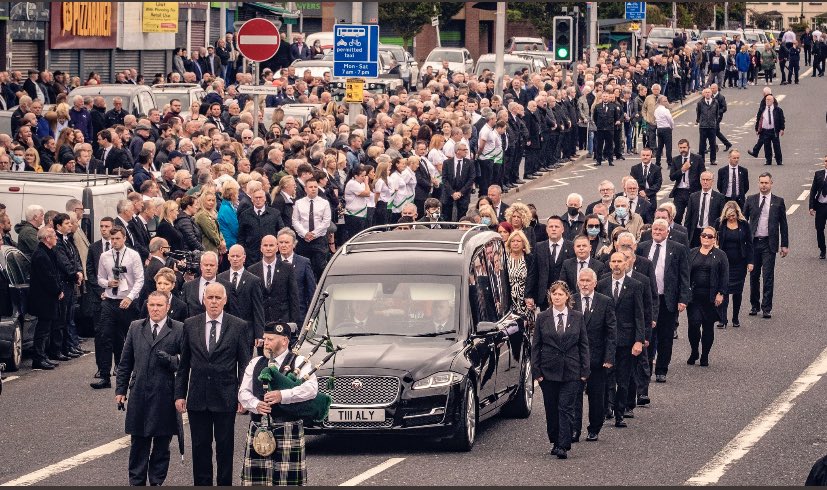 McDonald has however defended her decision to attend, saying: "If I were Taoiseach, if I am ever honoured with being in that role and leading a government, of course I would still go to the funerals of people who are friends of mine. Why would I not?

"I think that one of the marks of friendship and decency is how you say your goodbyes to people. I was pleased to have the opportunity to say goodbye to a friend of mine," she added.

Her comments have risked the fury of thousands of members of the public who were told they couldn't attend the funerals of loved ones who died during lockdown due to fears of spreading coronavirus.

Sinn Fein Vice President Michelle O'Neill has this week been asked to step down from her role within the party following a police investigation about possible breaches of lockdown after she attended the aforementioned funeral.

Ms O'Neill has refused to step down however and maintains that her actions were within public health guidelines and regulations introduced to stop the spread of Covid-19.