Buckingham Palace released a statement at midday on Friday revealing that the Duke of Edinburgh had passed away this morning at his Windsor Castle home at the age of 99.

Philip had been suffering from an infection and a re-occurring heart problem, and was admitted to hospital for 28 days back in February.

President Higgins met him on a number of occasions, including when he accompanied the Queen during her historic first state visit to Ireland in 2011, as well as when Higgins visited the UK in 2014.

He spoke of how welcome the Duke made he and his wife Sabina feel and said that he hoped these meetings would serve as "symbols of what we share as neighbours in friendship, peace and a sustainable future." 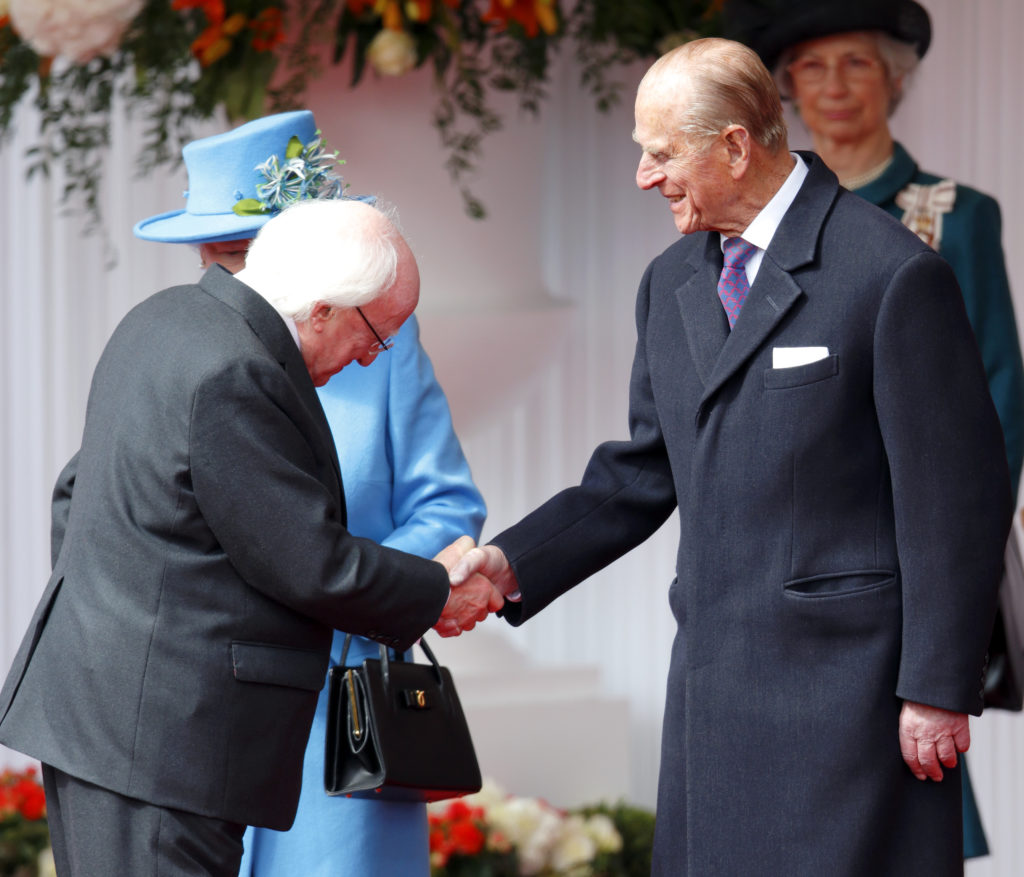 Queen Elizabeth II looks on as Irish President Michael D Higgins shakes hands with Prince Philip, Duke of Edinburgh during his ceremonial welcome on April 8, 2014 in Windsor, England. This was the first official visit by the head of state of the Irish Republic to the UK

Higgins also praised Philip's "distinctive presence and unique sense of humour" as well as his "unfailing commitment" to the Queen and his "devotion to duty".

In a statement, the President said: "I have learnt with great sadness of the death of HRH Prince Philip, Duke of Edinburgh.

"On behalf of the people of Ireland, I wish to convey my condolences to Her Majesty Queen Elizabeth, her children, her extended family and the people of the United Kingdom.

"Prince Philip was a steadfast support to Queen Elizabeth II. He accompanied the Queen on her many visits to Northern Ireland and also on her historic State Visit to Ireland in 2011.

"I recall with a special appreciation how welcome he made Sabina and I feel in 2014, when I was making the first State Visit by an Irish Head of State to the United Kingdom in 2014.

"My hope is that these visits in 2011 and 2014, which he shared, will continue to be symbols of what we share as neighbours in friendship, peace and a sustainable future." 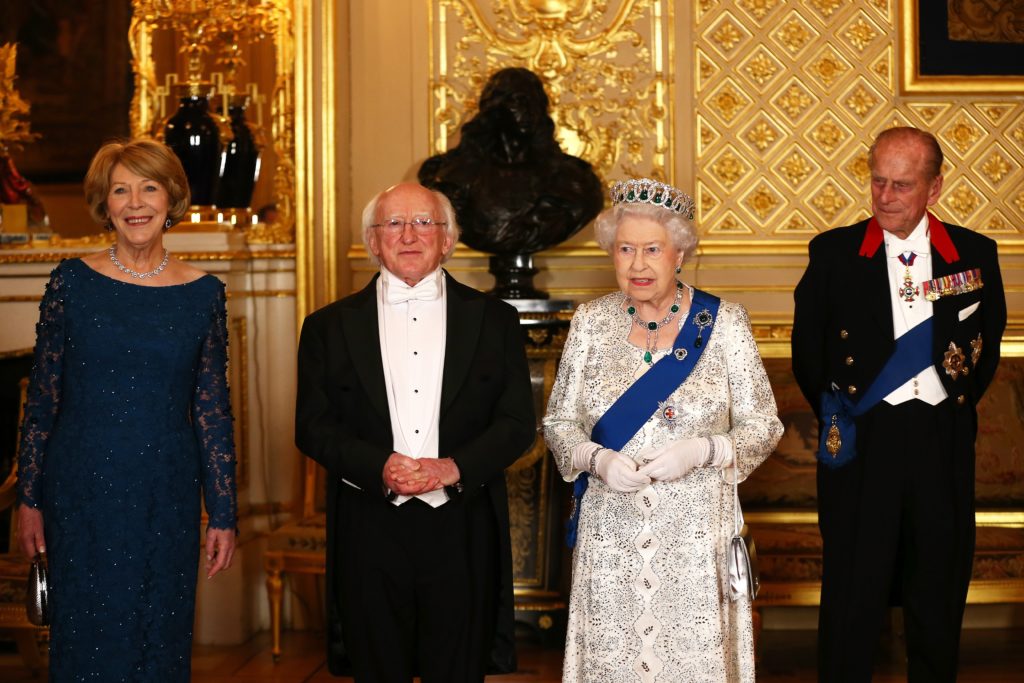 Irish President Michael D. Higgins Queen Elizabeth II are flanked by Higgins's wife Sabina Coyne (L) and Britain's Prince Philip, Duke of Edinburgh (R) as they pose for a photograph ahead of a State Banquet during the Irish president's state visit in Windsor, west of London, on April 8, 2014.

Higgins went on to commend Philip for the charity work helping young people and protecting the environment.

"I was very pleased when his scheme, the Duke of Edinburgh Award, and our own Gaisce, the President’s Award, were able to co-operate in the sharing and recognition of awards in Northern Ireland and elsewhere.

"Ar dheis Dé go raibh a anam dílis (may his holy soul be on the right side of God)."