IT HAS been two years since Margaret Keane passed away in Coventry.

To mark the second anniversary of the popular Irish woman’s death, her family organised an online commemoration which took place on Wednesday, July 29.

With the permission of the vicar at St Giles Church in Coventry, where Margaret is buried, the side of the 12th century church was illuminated in green and used as a back drop for a stage where dancers performed, family members placed a candle and messages from family and friends were projected onto. 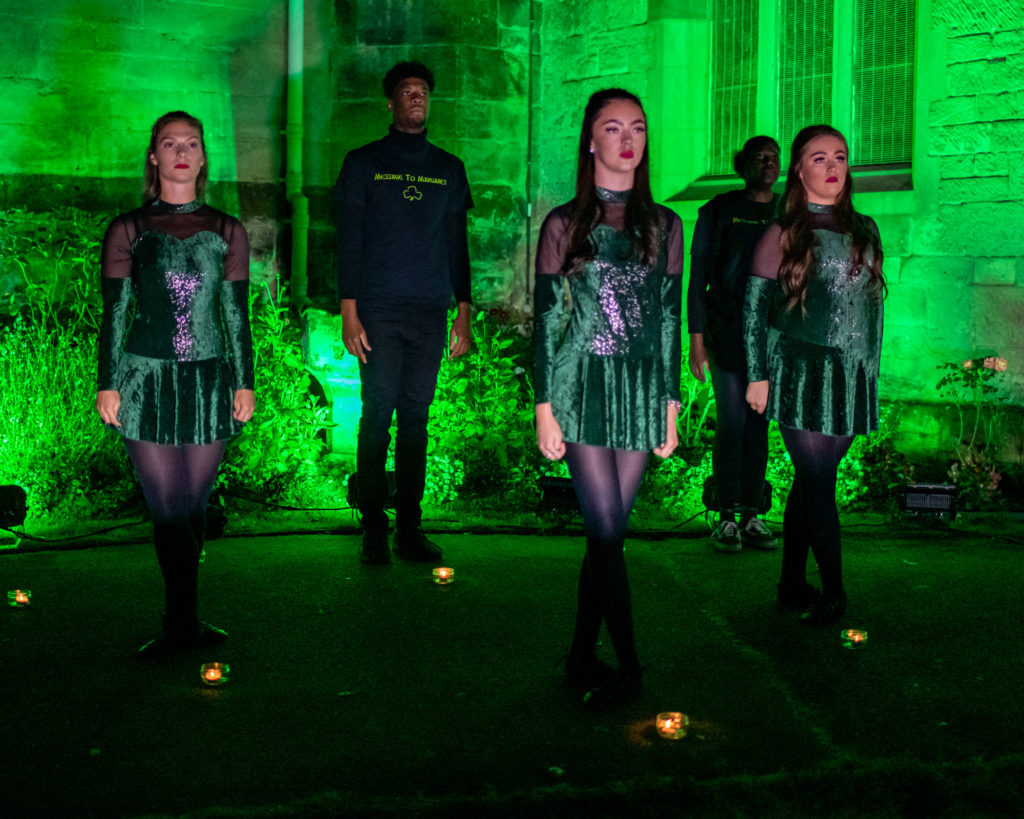 Margaret, who was born in Meath, worked until her retirement as a dinner lady at a local primary school.

She was a lifelong supporter of the local Roger Casements GAA club. 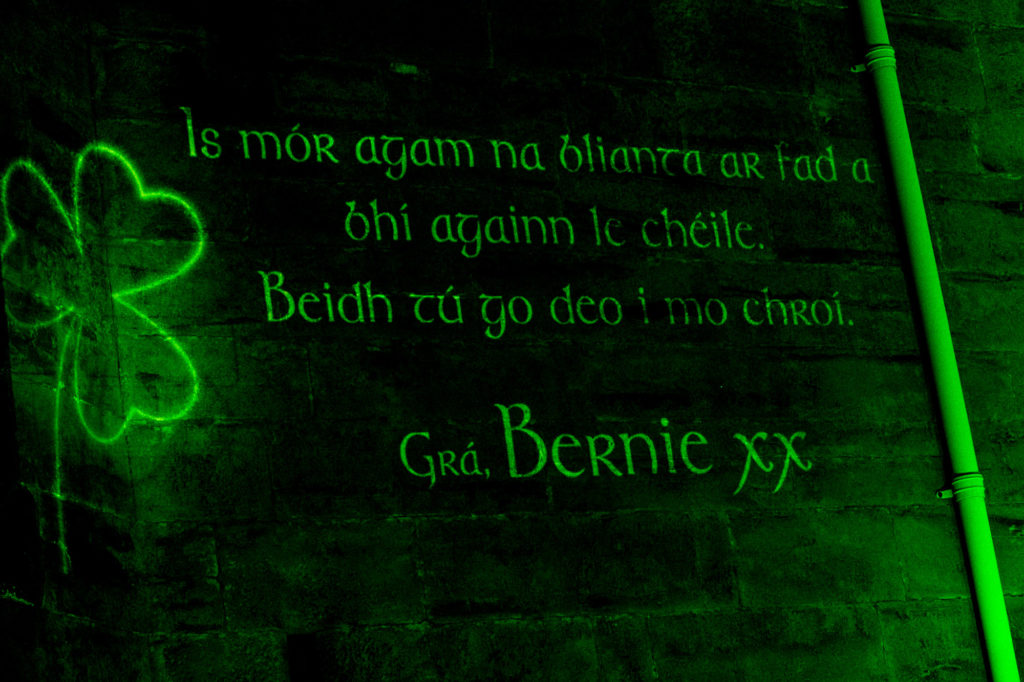 A message to Margaret in Gaelic from her husband Bernie, which reads, I appreciate all the years together. You will be forever in my heart. Love, Bernie (PIC: Chris Egan)

Following her passing in July 2018, the family requested a Celtic Cross inspired headstone with the inscription In our hearts forever, written in Gaelic, for her grave.

However, in May 2020 the Chancellor of Coventry Diocese, Stephen Eyre QC ruled against the Irish only inscription stating that only a few people in the English-speaking City would be able to understand the inscription in the absence of an accompanying translation.

Mr Eyre went on further to explain that it was his view that because the inscription would only be written in Gaelic, that this could be interpreted as a political statement.

Despite dismay expressed by the Irish embassy in London on the ruling, regrets voiced from the local parish church of St Giles and the Church of England distancing itself from the decision made by the Church of England Court, Mr Eyre QC denied the Keane family permission to appeal against his previous decision. 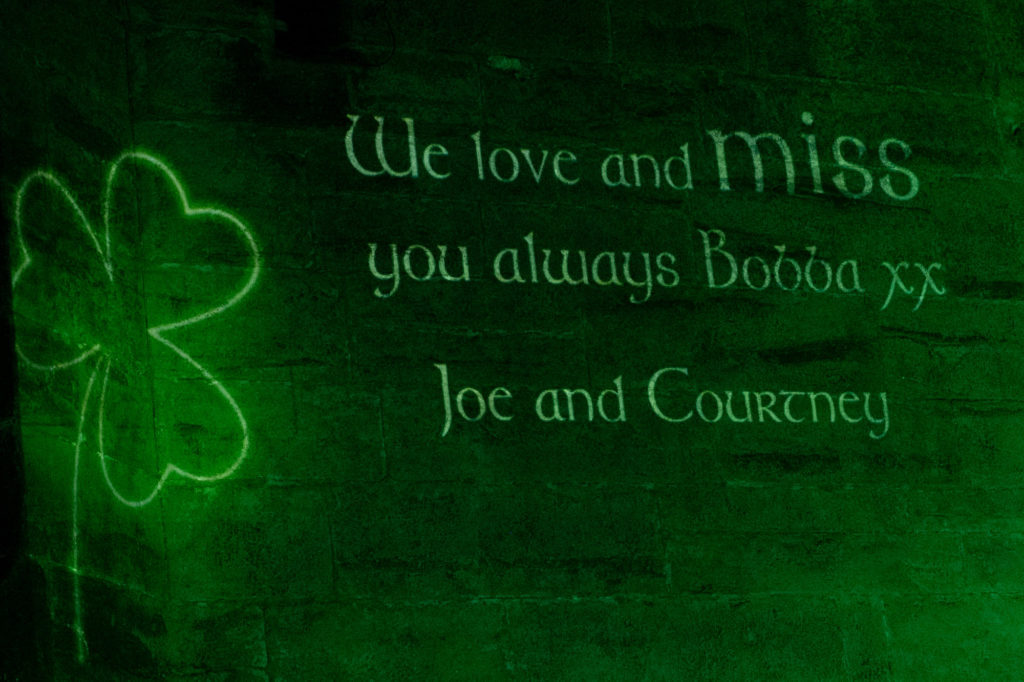 Caroline Brogan, Associate Solicitor with Irwin Mitchell who is part of the legal team supporting the Keane family has confirmed that a renewed application, seeking permission to appeal was lodged in June and that they are awaiting the outcome of this application.