IRELAND IS bracing itself for snow later this week with thunder and hail also being possible as part of a turbulent few days of weather rounding off the week.

Met Eireann is warning of possible snow and frost over the coming weekend, with temperatures potentially dropping as low as 0C in some regions.

Though weather conditions are expected to stay settled for much of the week, Saturday and Sunday is expected to bring windy and rainy conditions in some areas followed by colder

A Met Eireann forecaster said: "Some patches of fog will be slow to clear this morning. It will be generally cloudy today with patchy drizzle and mist.

"Limited sunny spells will break through during the afternoon. Highest temperatures of 9 to 11 degrees, in light variable breezes.

"Predominantly cloudy tomorrow, Thursday with patches of mist and fog lingering into the afternoon in some areas and patchy drizzle at times. Afternoon highs of 8 or 10 degrees, in light variable breezes.

"Another cloudy day on Friday with patchy drizzle or mist. Light southerly winds will freshen along north-western coasts through the afternoon with some bright spells breaking through. Highest temperatures of 8 or 9 degrees."

"Cloudy and dry at first on Saturday,” Met Eireann confirmed

"Southerly winds will moderate as a band of rain pushes into the west early in the afternoon, spreading eastwards though the day.

"Winds will veer south-westwards with the clearance of the rain. Highs of 8 to 10 degrees.

"The rain will continue to clear the east of the country overnight. Colder, clearer conditions will follow in behind from the west with scattered showers.

"Lowest temperatures of 0 to +4 degrees with frost forming overnight. Mostly moderate west to southwest winds will be fresher along north-western coasts." 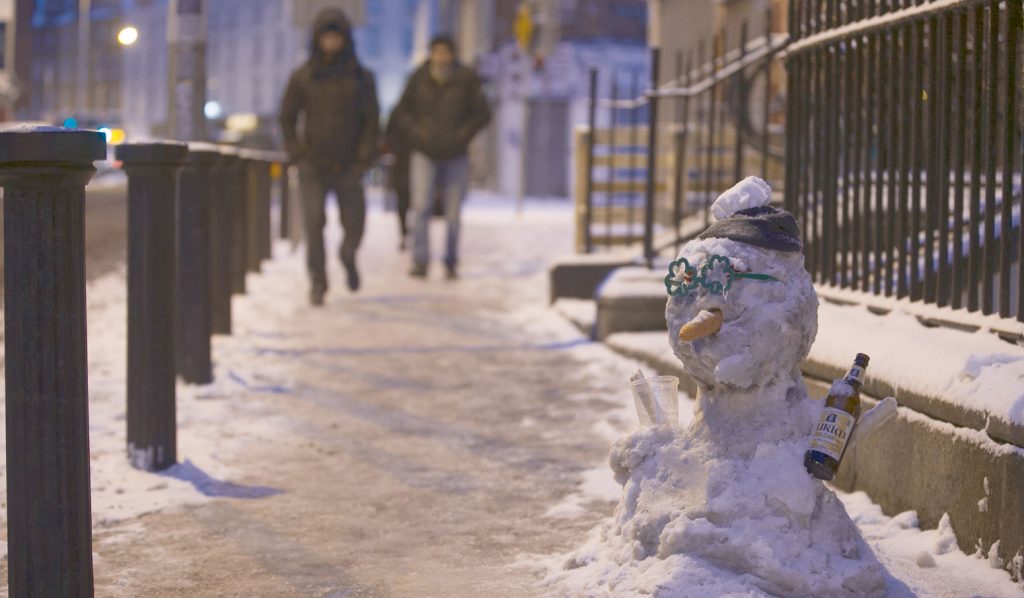 Conditions are expected to worsen on Sunday with the potential for thunder, hail and snow in some regions.

The forecaster said: "A mix of sunny spells and scattered showers on Sunday, some heavy with a risk of hail and thunder.

"Later in the day a more persistent band of rain will push into the west of the country with some wintry fall possible on higher ground.

"Moderate southwest winds will back southerly and freshen through the day. Cold with highs of 3 to 6 degrees.

"Wet and windy overnight on Sunday with heavy and persistent rain across much of the country and a risk of sleet and possibly snow on higher ground.

"Southerly winds with be fresh and gusty with gales expected along coasts. Lows of 1 to 5 degrees."

Weather warning: Heavy rain to cause flooding in south of the country