FORMER First Lady of the United States Michelle Obama has slammed Donald Trump for not taking the electoral process seriously following his defeat in the presidential election.

Michelle tore into the outgoing President for what she called "racist lies" about her husband, claiming they put her family in danger.

She later told him to accept the result of the election and to stop "pretending".

"I have to be honest and say that none of this was easy for me," the 56-year-old wrote.

"Donald Trump had spread racist lies about my husband and that had put my family in danger. That wasn't something I was ready to forgive.

"But I knew that, for the sake of out country, I had to find the strength and maturity to put my anger aside. So I welcomed Melania Trump into the White House and talked with her about my experience, answering every question she had.

"I knew in my heart it was the right thing to do - because our democracy is so much bigger than anybody's ego," she added.

"Our country requires us to respect the results of an election even when we don't like them or wish it had done differently -the presidency doesn't belong to any one individual or any one party.

"To pretend it does, to play along with groundless conspiracy theories - whether for personal or political gain - is to put our country's health and security in danger. 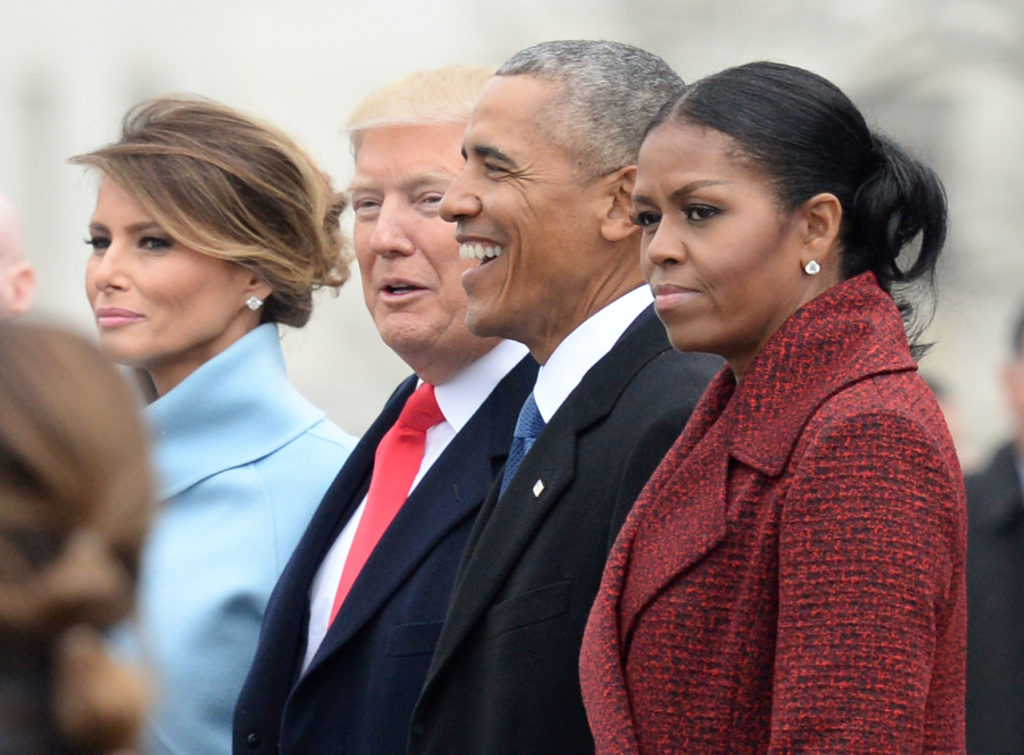 Mrs Obama mentioned how she felt "hurt and disappointed" after Trump won the election in 2016, but her feelings aside because "the American people had spoken," and now urges Trump to follow suit.

"I want to urge all Americans, especially our nation's leaders, regardless of party, to honour the electoral process and do your part to encourage a smooth transition of power, just as sitting presidents have done throughout our history."