IRISH minister Brian Hayes must apologise to the Irish abroad for claiming the growth of social media has eliminated their need for a voice in Leinster House, according to a senior Irish senator.

“That an Irish Minister has said this is an extraordinary example of the Government’s undemocratic attitude and I am now calling on the Minister to apologise,” he added.

Senator Daly also called on Irish people worldwide to rally their friends and family at home against the Government’s Seanad abolition proposals. He claims a reformed Seanad is the best way to give the Irish abroad the voice they need in the Oireachtas.

Minister Hayes made his comments in an exclusive interview with The Irish Post earlier this month.

“The great thing with social media today is that people are really at home in terms of making their views known about what the Irish Government is doing. I do not see that as a problem quite frankly.” 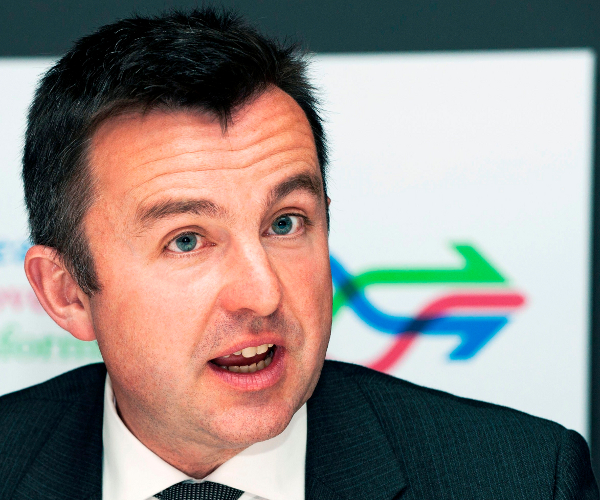 Senator Daly said it is a “disgrace” that Ireland is one of just four EU member states that do not let their citizens abroad vote in Parliamentary elections at home.

The Irish Post revealed this week that an overwhelming majority of people in Ireland are in favour of letting Irish emigrants vote in Presidential and Dáil elections from abroad.

The escalating debate comes just days before the Constitutional Convention will meet to discuss letting the Irish abroad vote in elections at home.

Meanwhile, concerns have been raised that next month's Seanad referendum threatens to 'kill off' the best chance that the Irish abroad have of gaining a say in Leinster House.

Minister Hayes’ comments made clear that the Irish Government’s real aim with the referendum is “to centralise power”, Senator Daly claimed.

Both of Ireland’s governing coalition parties are backing the abolition of the Seanad.

But critics claim that the Government is denying Irish citizens a chance to reform its upper house, as voters will only be given the option of abolishing the Seanad or keeping in its current form.

Independent Senator John Crown has put forward a Bill that would allow Irish citizens worldwide the chance to vote for senators.

Backing such a proposal, Senator Daly said all Irish people living overseas should call their family and friends in Ireland and ask them to vote against abolition.

“As we can see from [Minister Hayes’] statement, a reformed Seanad is the only place where we can give our citizens living outside of the State a voice in Leinster House.

“The Minister’s idea that Facebook is a substitute for a vote is incredible, especially in the run up to the Constitutional Convention this weekend where the idea of giving the Irish overseas a vote is being considered.”

'The Irish abroad must be allowed to vote' - Constitutional Convention says