MYLEENE Klass turned the air blue on Countdown yesterday afternoon when she offered up an eight-letter Irish swear word as a celebrity guest in dictionary corner.

But when faced with a letters round the 37-year-old mother-of-two warned host Nick Hewer “I’ve got a rude one” before spelling out the eight letter word gobs***e.

The celebrity offering beat the seven letter word ‘ghosted’, which was put forward by both contestants on the programme, after Dent gave her seal of approval to Klass’ attempt - describing the word as “chiefly Irish” and “vulgar slang”.

The former Hear’Say singer, who was formerly married to Irish bodyguard Graham Quinn, has been a busy lady this weekend, after helping to launch the Classic FM’s VE Day at 70 concert at the Royal Albert Hall in London on Saturday, April 25. 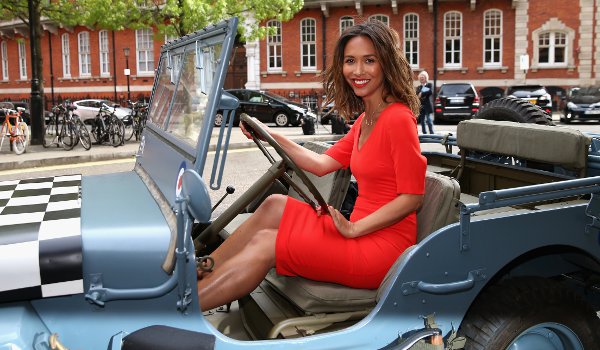 The concert, which will be hosted by Klass and John Suchet, will take place on May 10 featuring guest performers Katherine Jenkins and Rebecca Ferguson as well as a special appearance by members of Sir Winston Churchill's family.