NEW Central Statistics Office figures have revealed that just over 4 per cent of the population of Ireland use the Irish language on a daily basis.

However of those, only 73,803 – 4.2 per cent of the population – used it daily outside of the education system. 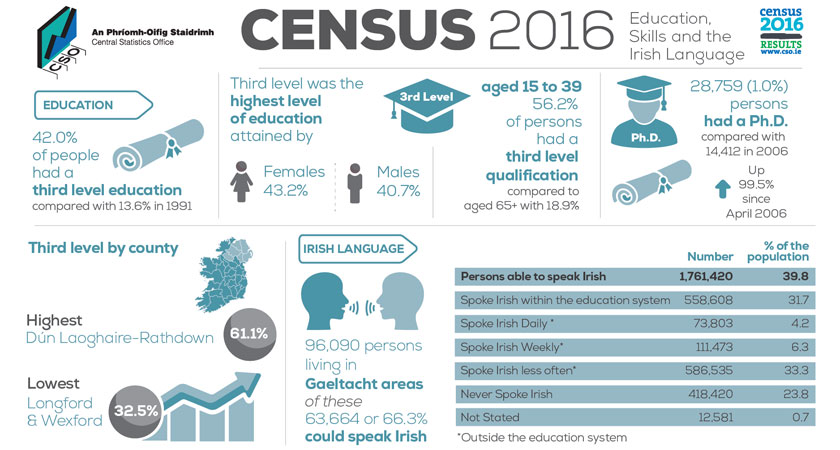 Galway, with its large Gaeltacht population, was the county with the highest percent age of Irish speakers with 49 per cent, while Dublin City was the lowest with just 29.2 per cent.

Similarly, when looking at cities, Galway and its suburbs was again top (41.4 per cent) and Dublin and surrounding areas were bottom (32.8 per cent).

Despite this, because of the large population of Dublin and its suburbs, the region still produced the highest number of daily Irish speakers (14,903).

More women than men spoke Irish at every age group up as far as 45-54, after which the pendulum swung in favour of men. 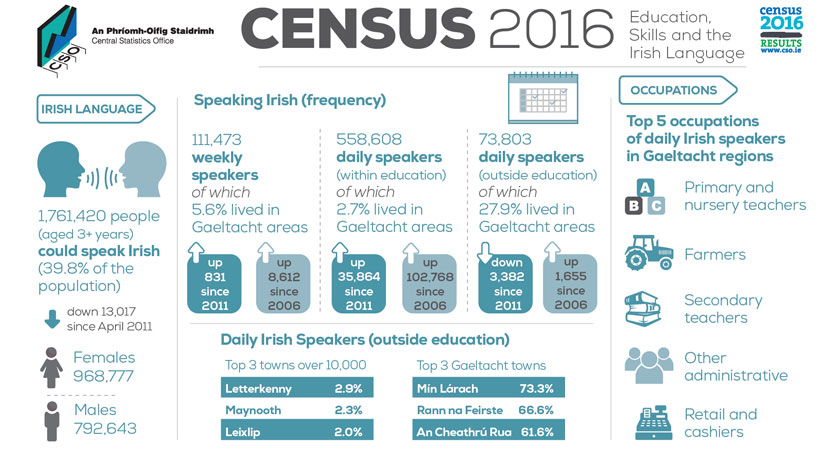