The polled Irish particpants were asked to name the cities and landmarks marked by red dots on this map. Can guess them correctly?

DESPITE being its closet neighbour a poll has found that Irish people can struggle to locate some of Britain’s biggest cities and landmarks.

The research, conducted by Jury’s Inn, found that while most could pinpoint London on a map of Britain 68 per cent failed to identify where Manchester was.

When it came to Scotland and Wales, the polled Irish participants didn’t fare much better with 63 per cent unable to find Glasgow while just 50 per cent could locate Cardiff.

Popular British landmarks were also a stumbling block to participants with almost a third unaware that Ben Nevis is in Scotland and one in five not knowing where the historical Stonehenge site is located on a map.

These figures may be about to change though as 57 per cent of polled participants said that they are considering trips to Britain during the next six months to take advantage of a Brexit fuelled cheap exchange rate.

The poll also asked Irish people about their perception of post-referendum Britain with 30 per cent saying that its decision to leave the EU had left them feeling more negatively towards Ireland's closest neighbour.

Did you name each location correctly? 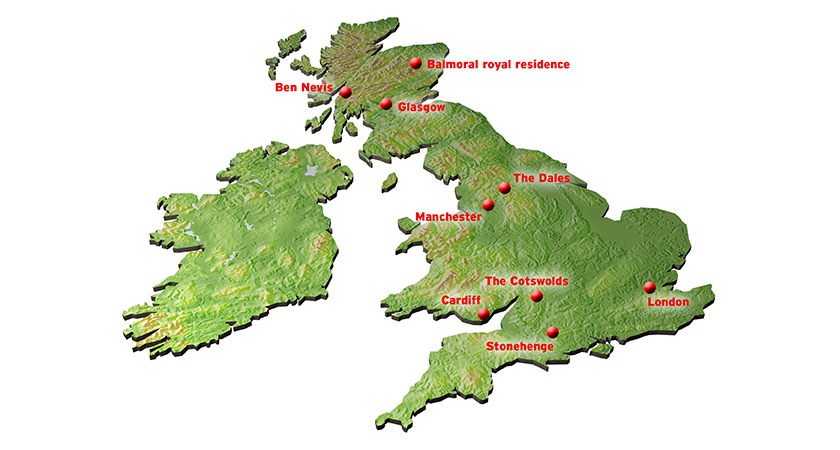 A map of the complete list of British cities and landmarks that Irish people struggled to find, according to the poll.