A NEWLY-RELEASED computer game that features a level where the player helps the IRA has come in for serious flak for glorifying republican violence.

Mafia III is set in 1960s New Orleans and centers around the protagonist Lincoln Clay’s attempts to build an empire based on organised crime.

The 18+ title features a mission called “The IRA Don’t Ask” which enlists the player as part of an IRA mission to steal cars to be used later in car bombings.

A character by the name of Thomas Burke, voiced by Sligo actor Barry O’Rourke, gives the order on behalf of “heavyweights” in the IRA.

Burke tells the player that he is a Northern Irish mob boss and requires cars in order to “keep the Belfast law guessing when things go boom”.

Upon completion of the task the player is told that “the brothers back in Belfast” appreciate the contribution.

An image from the game has circulated online in which a Northern Ireland flag is emblazoned with the word “traitors” and the crown is scribbled out.

Since its release last week the game has sold millions of units and achieved second place in the British game charts behind EA’s FIFA 17. 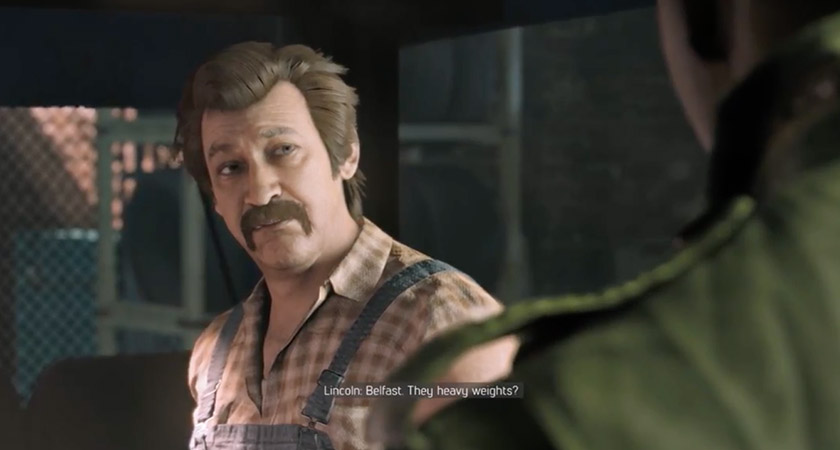 Despite its commercial success, the game has come under fire from unionist politicians with Lagan Valley MP Jeffrey Donaldson saying that it “could be seen as trivialising the suffering of innocent victims and the evil that is represented by all forms of terrorism”.

He told the Irish News: “The IRA were a terrorist organisation that murdered very many innocent men, women and children in Northern Ireland and other parts of the UK.

“I invite the makers of this game to come to Northern Ireland and meet some of the innocent victims of the IRA and then consider whether the contents are appropriate."

He added: “When they use the name of an actual terrorist organisation in this fashion they are being even more insensitive as victims were directly impacted by actions such as those portrayed in this game.

"This game would appear to treat the IRA in a fashion which is grossly offensive to the many people who suffered as a result of IRA bombs.”