A NEW ‘Animal Abuse Squad’ of specially-trained prosecutors has been established in New York after an Irishman horrifically tortured his housemate's cat.

He stood accused of burning the feline, ripping out her claws and breaking bones in her face, pelvis and legs over a three-month period.

His arrest came after his roommate, Danielle, discovered that her pet cat Lucy had sustained a number of mysterious injuries.

A vet diagnosed two right leg fractures, a fracture of the left pelvis, burns on several parts of the body, broken claws and broken teeth.

Garrity claimed the injuries were a result of an iron falling on the animal.

He is charged with two counts of aggravated cruelty towards animals, a charge that can carry a sentence of up to four years in jail.

He also faces a third count of torturing or injuring the cat. 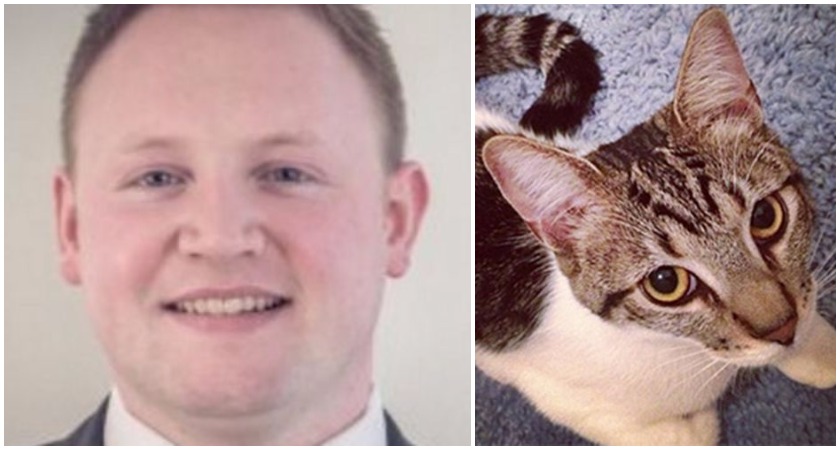 Garrity was sacked from his job with Barclays in NYC after abusing Lucy - who later made a full recovery.

An arrest warrant was issued for Garrity last October when he returned home to Co. Tyrone.

He claimed he left America over fears he was violating immigration law by staying on a work visa after being fired by Barclays Bank.

The Queen's University Belfast graduate had been working in the US since 2014, but was warned that the loss of his job meant he had a month to either leave the US or make other arrangements to legally remain in the country.

A fundraising page set up for Lucy later received $14,000 – and in an update Danielle revealed that the beloved pet had made a full recovery.

The torture case is one of a number cited by prosecutors as the reason behind the establishment of the new animal abuse team.

The squad will be led by Tanisha Palvia – who previously took a similar case in which former banker Zheheng Feng was charged with killing his girlfriend’s dog.

The team will investigate cases referred to them by the American Society for the Prevention of Cruelty to Animals (ASPCA) and the NYPD's Animal Cruelty Investigation Squad.

“This formalized program streamlines our work and ensures that each case is overseen by an expert in the field.”