THE PARENTS of Nora Quoirin have broken their silence to reiterate their belief that a “criminal element” played a part in the disappearance and death of their daughter.

Nora disappeared from her hotel room during a holiday with her family in The Dusan jungle resort, near Kuala Lumpar in Malaysia, on August 4.

The 15-year-old, who was born with the brain defect called holoprosencephaly, was found 10 days later on August 13 beside a small stream roughly 1.6 miles from the resort.

An autopsy found she died from intestinal rupture as a result of starvation and stress.

However, her parents Meabh and Sebastien Quoirin suspect foul play was involved.

Speaking to RTE New, they spoke of a desire to get “justice and truth” concerning the countless unanswered questions surrounding their daughter’s death.

Meabh believes it would have been “impossible physically, mentally to imagine that she could have got any distance at all” let alone where he body was found.

“For us something very complex happened,” she told RTE News. “We have insisted from the beginning that we believe there was a criminal element to what happened.

“And crucially we’re struggling because it was difficult to get resources in place fast enough to investigate a criminal angle."

She added: “We’ve insisted from the beginning that we believe there was a criminal element to what happened.

“And crucially we were struggling because it was difficult to get the resources in place fast enough to explore a criminal angle.

“And, you know, we believe that crucial time and evidence was lost in the beginning.’

“And while a post-mortem when it eventually comes through may give us answers and has already given us some basic answers around what caused Nora’s death, it doesn’t explain any of how she possibly could have got to where she was found,

“And we really believe that that is going to be difficult to get the whole truth on but it’s important to try,” she continued. 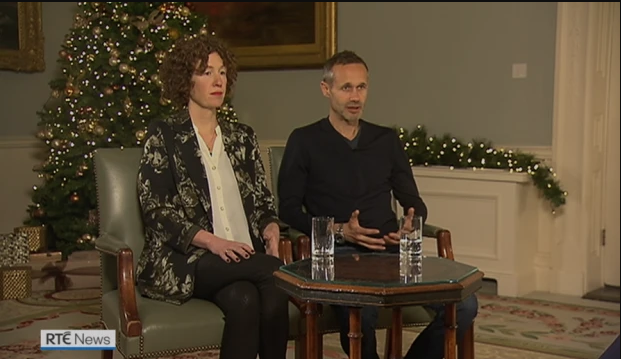 Sebastian confirmed that the family has asked for an inquest to be conducted despite local police claiming to find no indication of foul play.

They are seeking the support of the Irish and British authorities in this regard.

He: ‘We are determined to have this inquest. We’re hopeful that the French, the Irish and British governments will support us. I think it’s a basic human right and democratic duty to find some truth and justice to what happened.”

The family are eager to get closure on what happened to their daughter, though Meabh admitted that it is something the family will never truly recover from.

“I think we will be living with the horror of what happened in Malaysia for the rest of our lives,” she said.

“I think we will seek justice in so far as we can. We have to find peace in our own hearts.

“We will carry Nora with us forever. She’s with us here every day. I talk to her every day. She holds my hand. We hear her, we see her in all that we do at home.”