Northern Irishman jailed for eight years in Turkey after 'swallowing £30,000 diamond ring' that reminded him of his late wife

A TOURIST from Northern Ireland who became "obsessed" with jewellery following his wife's death has been jailed for more than eight years in Turkey after swallowing a £30,000 diamond ring.

Ian Campbell, from Newry in Co. Down, attempted to steal the 2.5 carat ring during a holiday to the Mediterranean resort town Marmaris in October – but ingested the precious item after realising he was about to be caught.

The father-of-four told prosecutors he had an "obsession" with diamonds which began after his wife died in a horrific traffic accident that saw her car go into a lake.

Her diamond ring was never recovered and Campbell claimed that every time he sees similar jewellery in shops he becomes consumed with thoughts about her.

This prompted him to enter into a trance-like state when he saw the €35,000 ring in the Marmaris jewellers, he told the court.

"I fell into a trance when I saw the diamonds," Campbell said.

"The jeweller was telling me something but I couldn't even hear him because I was in a trance.

"When I was conscious again, I found myself hiding a diamond in my pocket and I swallowed it in panic as jewellers started to search it". 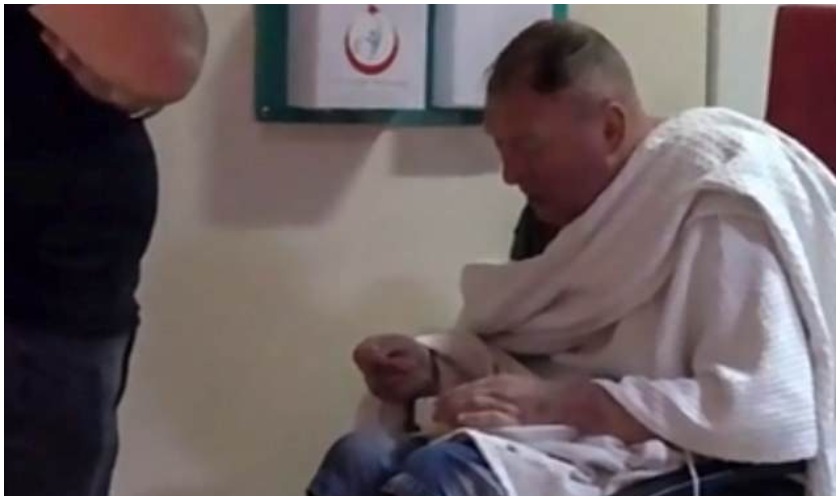 Campbell had to undergo surgery to remove the ring after "natural means" failed (Image: Yeni Şafak)

After being stopped by shop staff, Campbell was arrested and taken to a local hospital where he was given laxatives and monitored over two days as he jumped, ran and drank liquids in an attempt to excrete the ring.

After 36 hours without success by "natural means", he consented to a surgical procedure which recovered the stolen jewel.

Speaking from his hospital bed in October, Campbell said: "I lost my wife in a traffic accident. Her body could not be removed from the car, which fell into a lake, for days.

"After the accident her diamond ring, our wedding ring, could not be found despite a search operation in the lake".

He said this had sparked his obsession for diamond rings.

"Whenever I see a diamond ring on display at jewellery shops, my wife always comes to my mind," Campbell added.

"I feel a strong urge to take those rings, especially the ones with higher carat diamonds."

Campbell told the court he had been travelling to Marmaris on holiday every year since 2004.

He was sentenced to eight years and nine months in prison for "qualified theft" but is expected to appeal the judgement.