A CHARITY has warned the public over a fake online donation page set up for an Irishman who died in the Greek wildfires.

Newlyweds Brian O’Callaghan-Westropp and Zoe Holohan were travelling in a vehicle near the town of Mati when they became caught up in the fires on Monday.

Ms Holohan managed to escape to a nearby beach but her new husband was sadly confirmed dead on Wednesday.

The Dublin-based couple had travelled to Greece on Saturday for their honeymoon after marrying at Clonabreany House in Kells, Co. Meath last Thursday, July 19.

Ms Holohan is being treated for burns in an Athens hospital but is expected to make a full recovery. 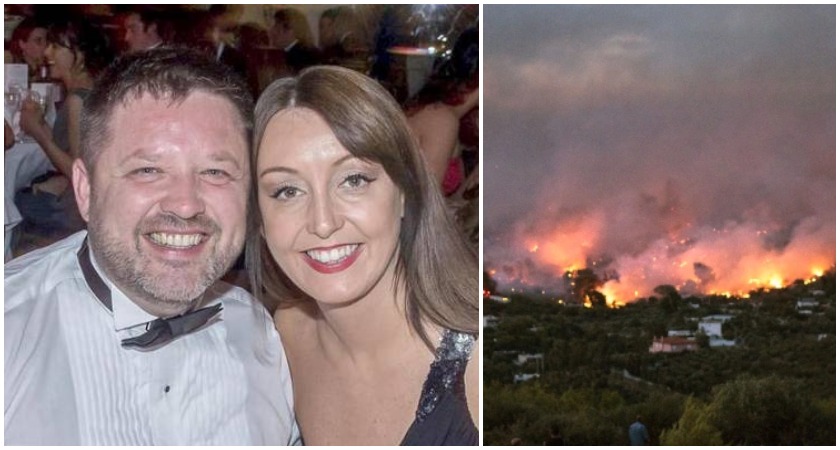 The couple had only just got married on July 19 (Image: Facebook/Getty)

Mr O’Callaghan-Westropp, originally from Co. Clare, was a volunteer with Blood Bikes East - a team of motorcyclists who voluntarily deliver emergency medical supplies such as blood and transplants to Irish hospitals seven days a week.

The charity took to social media this morning to warn that an online fundraiser, set up in their name, actually had nothing to do with them.

"Please all be aware of a fraudulent page that is currently up that claims to have been setup by BBE and is collecting in memory of our friend and colleague Brian.

"DO NOT DONATE – This was NOT setup by us or anyone affiliated with Blood Bikes East. 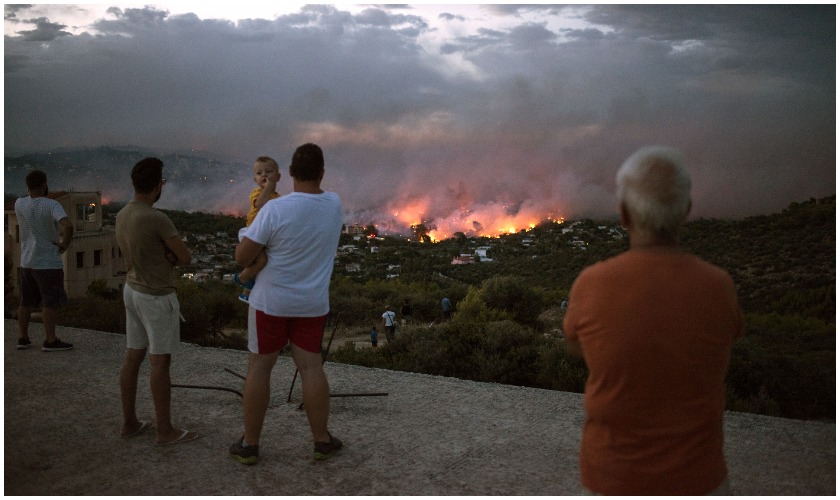 At least 87 people have now been confirmed dead in the wildfires near Athens (Image: Getty)

"We became aware of the page yesterday and managed to report it to the GoGetFunding site owners, and got it taken down very quickly.

"We also reported it to the An Garda Síochána fraud office.

"We are shocked that there are people in this world that would look to profit from this terrible situation. But even more shocked that GoGetfunding would allow exactly the same page to be setup one day after taking the previous one down.

"IF any official funding page is setup in future, we will confirm on this page and on our website. Until then DO NOT DONATE to this bogus site."

The page in question has since been removed from GoGetFunding's website.

Gardaí have confirmed they are investigating the attempted fraud.

A Garda spokesperson said: "Gardaí are aware of a fraudulent donation page which was reported to them on Thursday the 26th of July 2018. Investigations are ongoing."

'Ride on, Brian' – Tributes paid to Irishman who died in Greece wildfires while on honeymoon