TRIBUTES have been paid to a Co. Tyrone mum who passed away suddenly while on holiday with her husband.

Margaret White, 64, died from septicaemia just two days after she flew to Slovakia with her husband William for a river cruise.

The mother-of-four had began feeling unwell on the day she left Ireland on April 8 but put it down to the discomfort of air travel.

However, her condition deteriorated while she was on board the river cruise boat in Slovakia and she tragically died in a local hospital on April 10.

Her devastated husband William had to leave his wife's body behind as he returned home to Beragh while a post-mortem was carried out.

The examination found that Margaret died from septicaemia. It remains unclear how she contracted the illness.

Margaret's remains were due to be brought home this morning as her family continue to make arrangements for her funeral.

Cllr Rainey told the Belfast Telegraph: "This has been the most dreadful shock for all of us, so sudden and unexpected. 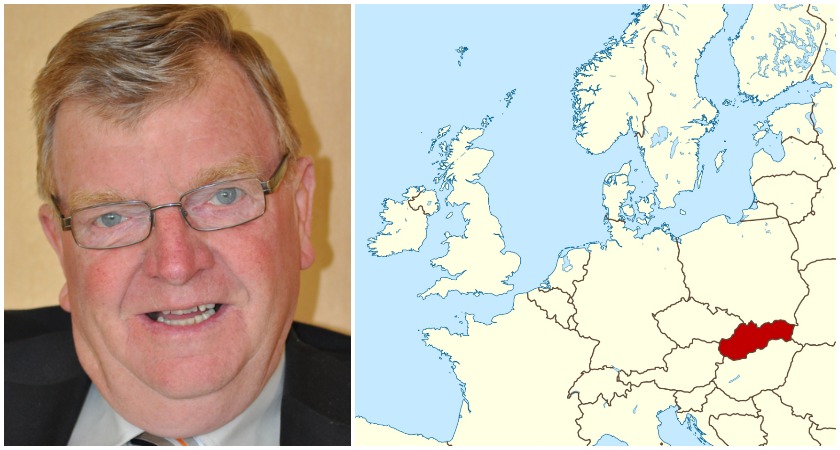 "Where one of them was, so the other was too. They were totally devoted to each other and lived for their family.

"William and Margaret were married for 44 years and they were at a stage in their lives where their family had grown up and they were enjoying their time together.

"They loved to go on holiday and this was in fact one of the things William remarked to me when I went down to the house to see him after he returned from Slovakia – he told me how much he and Margaret loved getting away together and how, now that he had retired, it was one of the things they enjoyed most.

"This has been the most dreadful shock for us all and I don't think the realisation of it has sunk in yet. It is the saddest possible outcome to what should have been a lovely occasion for Margaret and William."

Mr Rainey added that Margaret had complained of a sore neck and shoulders while on the plane flying out of Dublin Airport but thought it was "just the discomfort of the flight".

He said: "They had progressed to the first leg of their holiday to Slovakia, and were on the river cruise, but her condition deteriorated so badly she was taken from the cruise boat and transferred to hospital in Slovakia.

"Margaret didn't recover and William had to ring home and deliver the sad news to the girls.

"As soon as the news came through that their mother was unwell, three of the daughters jumped in the car and went to Dublin airport to travel out to their mother and father.

"They were on the road when William had to call and tell them their mother had passed away."

One of Margaret's daughters was so distraught she had to turn back home while the other two flew out to be with their father.

The pair accompanied their dad back home last Thursday while their mum's body remained in Slovakia.

"For a man who was so devoted to his wife to have to get on a plane and fly home without her is heartbreaking and it has been painful for William these past days, as anyone could imagine," Cllr Rainey said.

"This has been so very hard on the whole family and heartbreaking for a man who was so devoted to his wife to have to leave her behind in a strange country."