Osama Bin Laden wanted 'unprepared' Biden to become President as he would likely 'lead US into crisis', documents reveal

OSAMA Bin Laden reportedly wanted Joe Biden to become President of the United States because he predicted the Democrat would mishandle things in Afghanistan and plunge America into a "crisis".

Over the past few days, Biden has been heavily criticised for his response to the situation in Afghanistan, where the Taliban have taken over, forcing thousands of people to flee the country.

He's been accused of mishandling affairs, particularly after accelerating the withdrawal of US troops in the region, allowing the Taliban to sweep into the Afghan capital of Kabul almost completely unopposed.

It turns out this was all predicted by former Al-Qaeda leader Bin Laden, after documents - gathered from his secret compound in Pakistan - were published by the US Military Academy's Combating Terrorism Center.

Among the 175 pages of documents - written between 2006 and 2011 - Bin Laden ordered his followers to try and assassinate Barack Obama, by identifying and destroying his aircraft as he flew over Afghanistan or Pakistan.

The justification being that with Obama dead, Biden (as VP) would become President, and Bin Laden believed the Irish-American would likely make a mess of US foreign affairs in the region, as he was "totally unprepared" for the job.

"Obama is the head of infidelity and killing him automatically will make Biden take over the presidency for the remainder of the term, as it is the norm there," the terrorist leader wrote.

"Biden is totally unprepared for that post, which will lead the US into crisis." 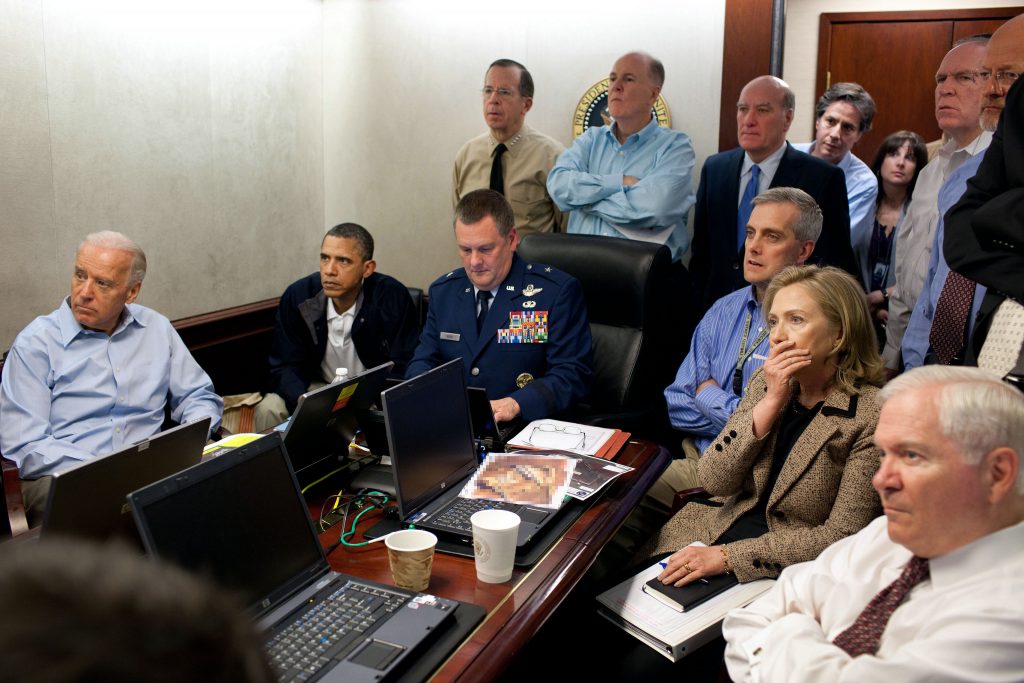 Elsewhere, the documents reveal that Bin Laden ordered his followers not to carry out 'lone wolf' missions, arguing that an attack from at least two suicide-bombers would carry more impact.

He also complained that Al-Qaeda wasn't getting enough credit for the economic downturn in the US.

Bin Laden was assassinated by a US special-ops team on May 2, 2011 in his secret compound near Abbottabad, Pakistan. It brought to an end a near decade-long hunt for the man who masterminded the September 11 attacks.