MORE THAN 350 Irish residents were safely brought home last night after getting stranded in Britain following the implementation of Ireland's UK travel ban.

"Repatriation flights", operated by Ryanair and Aer Lingus, were chartered by the Department of Foreign Affairs (DFA) to bring everyone home.

A "smaller number" of passengers were also brought back to Ireland on ferry routes.

Returning passengers were met at the arrival gate by joyous and relieved relatives, as for a period, it looked as if they might not make it back for Christmas.

On Sunday, Ireland imposed a 48 hour travel ban on all flights and ferries from the UK following the emergence of the 'new strain' of Covid-19 currently ripping through London and the south-east of England. 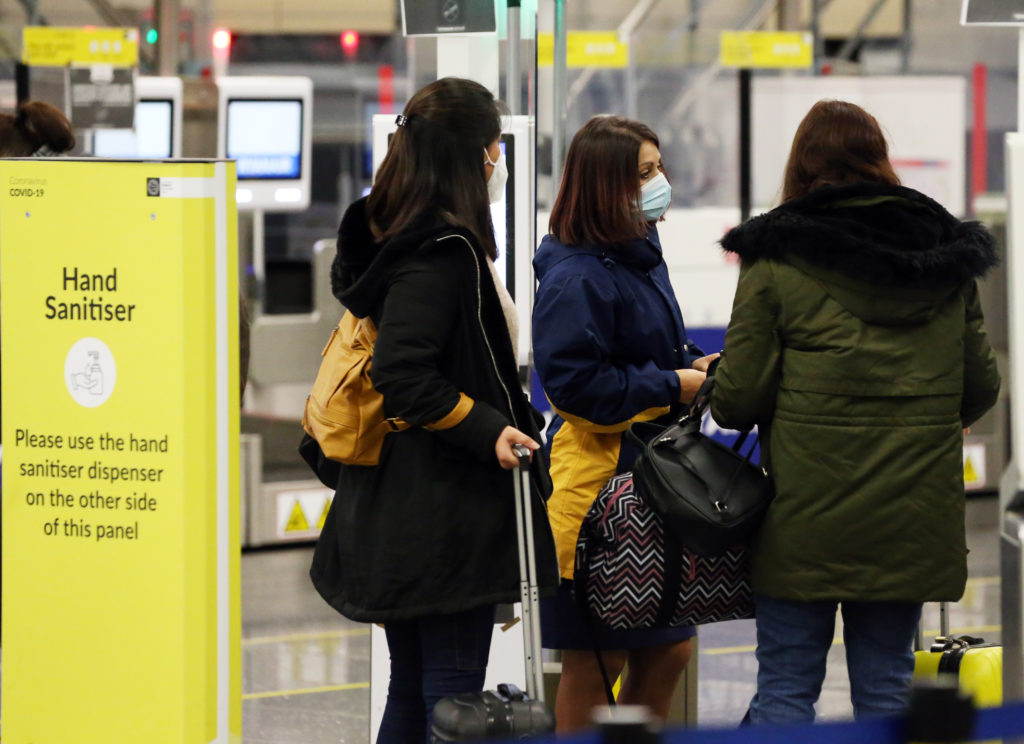 Passengers wearing face masks at Dublin Airport as the Irish government yesterday confirmed that flights will not be coming from Britain and only ferries carrying haulage will be permitted.

On Tuesday, this ban was extended to December 31, and the Government confirmed that the ban will be "kept under constant review in the light of unfolding information and circumstances."

Speaking about the measures yesterday, Transport Minister Eamon Ryan referred to it as a "transport crisis", adding that action needed to be taken.

"I think it's appropriate for us to run it to the end of this month because we still need clarity on what's exactly happening with this variant and on that basis I think it was the right decision," he said.

Under advice from the HSE, anyone arriving from the UK into Ireland should self-isolate for two weeks, regardless of whether they have recently received a Covid-19 test or are experiencing symptoms.

* The original image used in this article was taken in 2018