HE MIGHT be synonymous with the show but Irish actor Cillian Murphy wasn’t the original first choice to play Tommy Shelby on Peaky Blinders.

In fact, the show’s creator, Steven Knight, had someone entirely different in mind for the part.

Speaking in an interview with Esquire UK, Knight revealed he had originally tapped up Jason Statham to headline the Birmingham-set post-First World War gangster series.

“I met with them both in LA to discuss the function and picked for Jason,” the Peaky Blinders creator revealed.

“One of the reasons was because physically at the area Jason is Jason,” he added.

“Cillian, when you meet him isn’t Tommy, of course, but I had been stupid enough to not know that.”

However, despite initially setting his sights on Statham, Knight soon experienced a change of heart after receiving a message from Murphy that prompted a rethink.

“Which is the thing, because he can transform himself. Should you meet him in the street he’s a totally different human being.” 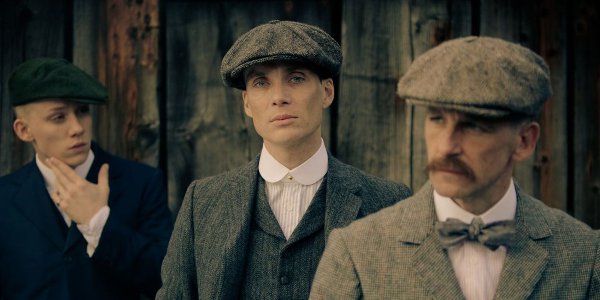 Quizzed on what fans can expect from the sixth series of Peaky Blinders, Knight remained tight-lipped.

“I’m not going to say what happens next, but another series is written, apologies for the delay for obvious reasons, due to the lockdown, but we will return. More, more, more to come in a variety of regions with Peaky,” he said.

With season five marking – SPOILER ALERT – the surprise return of Tom Hardy’s Alfie Solomons, who is out for revenge on Tommy, fans are chomping at the bit for updates on the new series.

And while they will have to wait a while longer for the new series to arrive, at least they are in safe hands with Knight at the helm and Murphy in front of the camera.

Who knows what direction the show might have taken with Statham involved – but one thing is for sure: it would have been a markedly different one.