BRATISLAVA, SLOVAKIA - OCTOBER 08: Matt Doherty of Republic of Ireland reacts following their defeat in the penalty shoot out during the UEFA EURO 2020 Play-Off Semi-Final match between Slovakia and Republic of Ireland at Tehelne pole on October 08, 2020 in Bratislava, Slovakia. Football Stadiums around Europe remain empty due to the Coronavirus Pandemic as Government social distancing laws prohibit fans inside venues resulting in fixtures being played behind closed doors. (Photo by Alexander Hassenstein/Getty Images)

IRELAND'S Euro 2020 dream is over after a gutting 4-2 penalty shootout defeat against Slovakia last night.

Alan Browne saw his spot-kick saved while Matt Doherty's strikes smacked the crossbar as the Boys in Green suffered yet more play-off heartache.

Over 120 minutes of football was played before a ball managed to ripple the net, with the match ending 0-0 after extra time in Bratislava.

Ireland were left to rue the cruelty of the sport after missing a number of golden opportunities over the course of the evening. 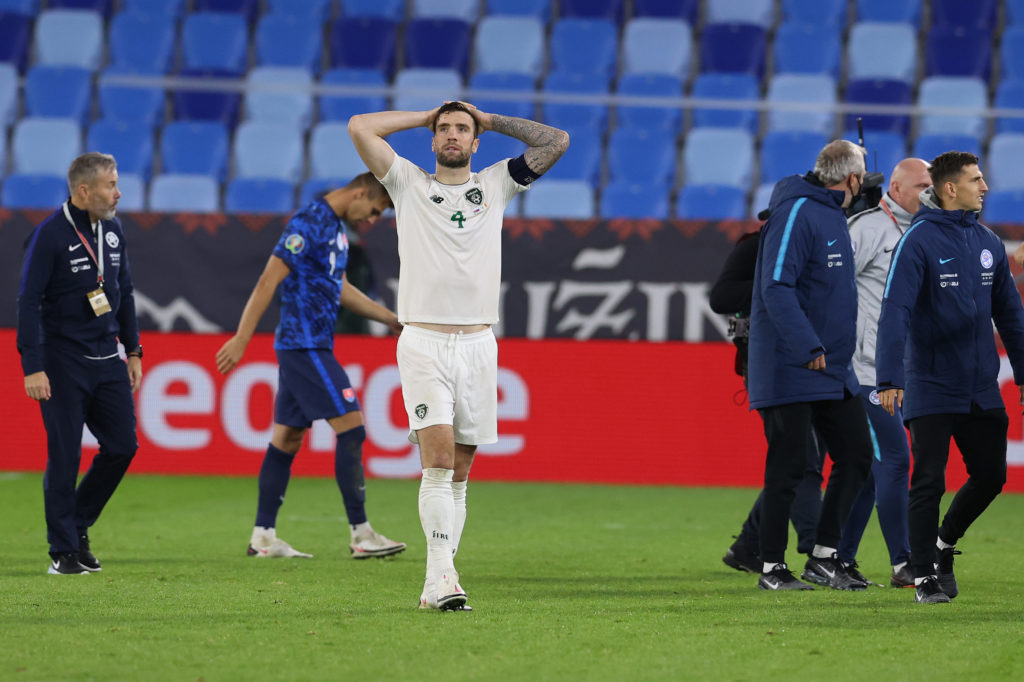 Browne came closest to snatching victory for Ireland in extra time, after his neat flick bounced back off the post, shortly after the Cork-native had a header cleared off the line.

Similarly, Conor Hourihane came agonisingly close in the 85th minute as Slovakia once again got bodies on the line to prevent an Ireland breakthrough.

Despite large stretches of positive attacking football, Ireland's failure to take their opportunities ultimately cost them, and while manager Stephen Kenny said he was happy with his side's performance, he insisted that they couldn't blame the loss on misfortune.

"I don't know whether you can say bad luck [cost Ireland the match], but the players didn't deserve to lose the game," he said.

"They gave absolutely everything of themselves. Their work-rate was phenomenal and their determination to try and win tonight and get to the final was very evident.

"It's just a cruel way to lose on penalty kicks. 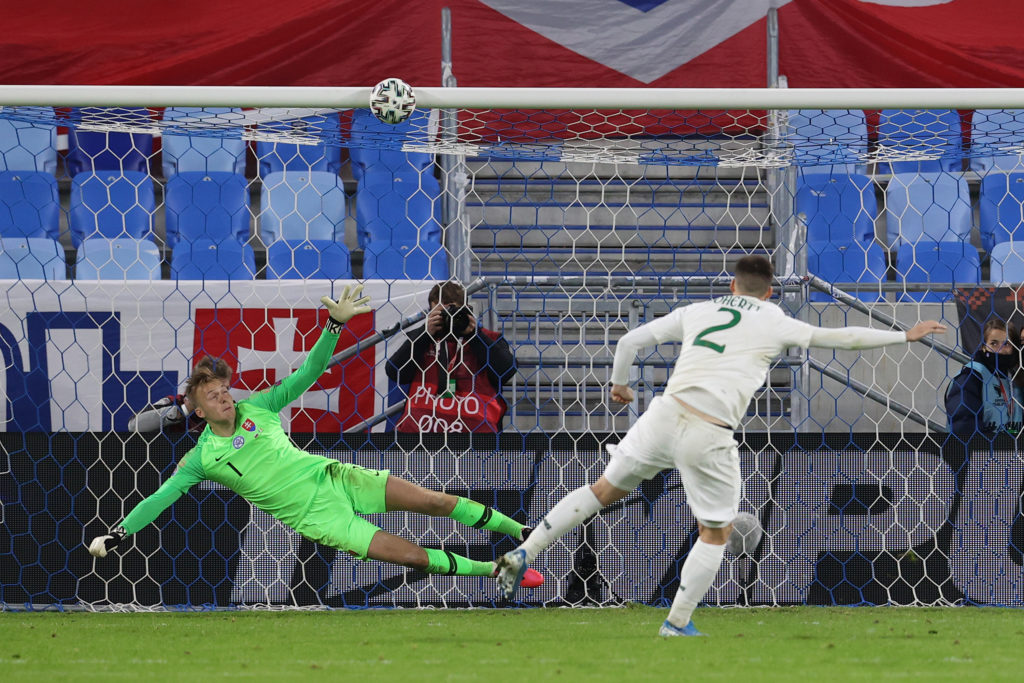 "But I thought we defended really well all night, just that one block that Shane Duffy made off the line, we created some good chances and some good play," Kenny added.

"Some of the forward play, David McGoldrick was absolutely outstanding at times, so I'm really, really disappointed for the players, really, because they deserved better."

Ireland will have to put the heartbreak of last night to one side quickly, with Nations League clashes with Wales and Finland to come before the players head back to their clubs.

Oh what could have been.