Photos: World premier of Macalla 1916 at Barbican in London

THE WORLD premier of Macalla 1916, an orchestral suite of music marking the centenary of the Easter Rising, made it's world premier on Friday night at the Barbican Centre in London.

Performed by the Comhaltas National Folk Orchestra of Ireland and composed and conducted by Michael Rooney, Macalla 1916 reflects both on the events of Easter 1916 and the history leading up to the rising, and celebrates the rich culture and traditions of Ireland today. 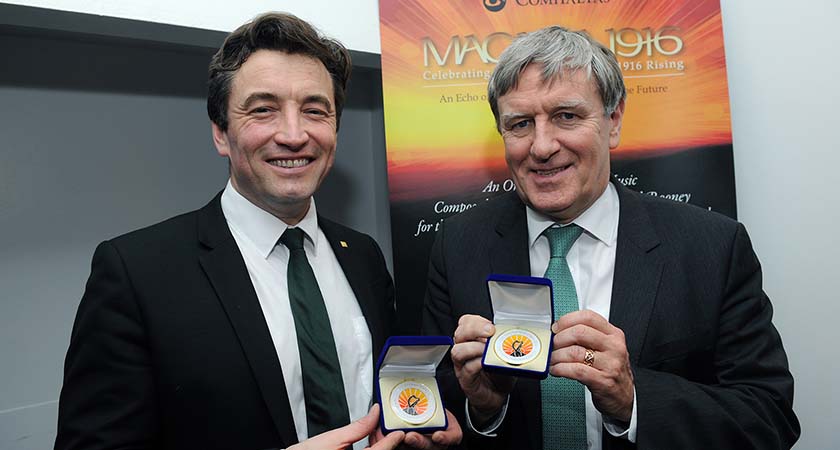 Among the guests in attendance were Irish Ambassador Dan Mulhall and his wife Greta, John Concannon, Director of Ireland 2016 Centerary Programme and President of Comhaltas Ceoltóirí Éireann Ann Finnegan. Prior to the concert, Comhaltas presented the Ambassador and John with special commemorative medals.