THE PRESIDENT of Ireland is to commemorate 105 years since the Easter Rising with a sombre reflection this weekend.

On Sunday, 4 April, 105 years since Ireland's failed uprising which eventually led to the War of Independence and the country becoming a Republic, President Michael D Higgins will pay tribute to those  who lost their lives on Easter Sunday 1916.

The commemoration will be broadcast across Ireland by RTÉ, and will begin with a ceremonial ringing of the Peace Bell at Áras an Uachtaráin by the president, followed by collective prayer. 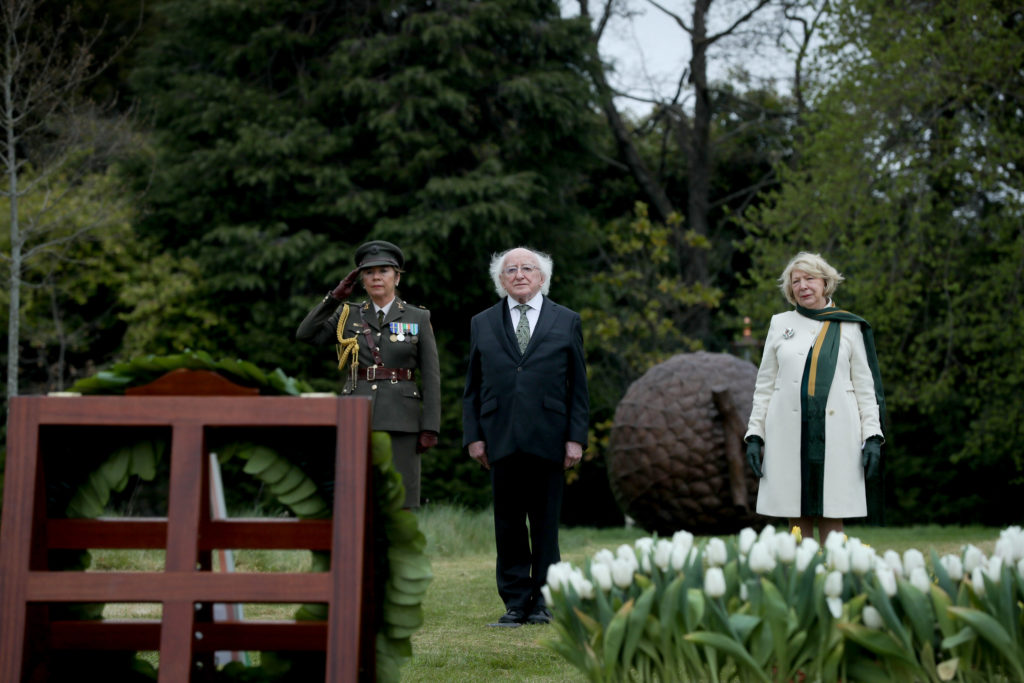 Easter Sunday 2020: Michael D. Higgins led a special commemoration, marking the 104th anniversary of the 1916 Easter Rising. President Higgins lays a wreath at a group of 16 birch trees planted by himself and Sabina in honour of the revolutionaries executed after the 1916 Rising as part of the Easter Sunday commemorations in the gardens of Aras An Uachtarain. Pic Maxwell's

The Proclamation will then be read out on the steps of the GPO, where most of the fighting was done on that fateful and bloody day in Irish history which shaped the future of the island.

President Higgins will then lay a wreath at the foot of the 16 birch trees which were planted in 2019 in memory of the Irish heroes who were executed for their roles int he 1916 Rising.

The laying of the wreath will be followed by a minute's silence, observed nationwide, to commemorate those who died in the Easter Rising and all those who have lost their lives in the Covid-19 pandemic.

The national flag, which flies at the GPO, will be lowered to half-mast. 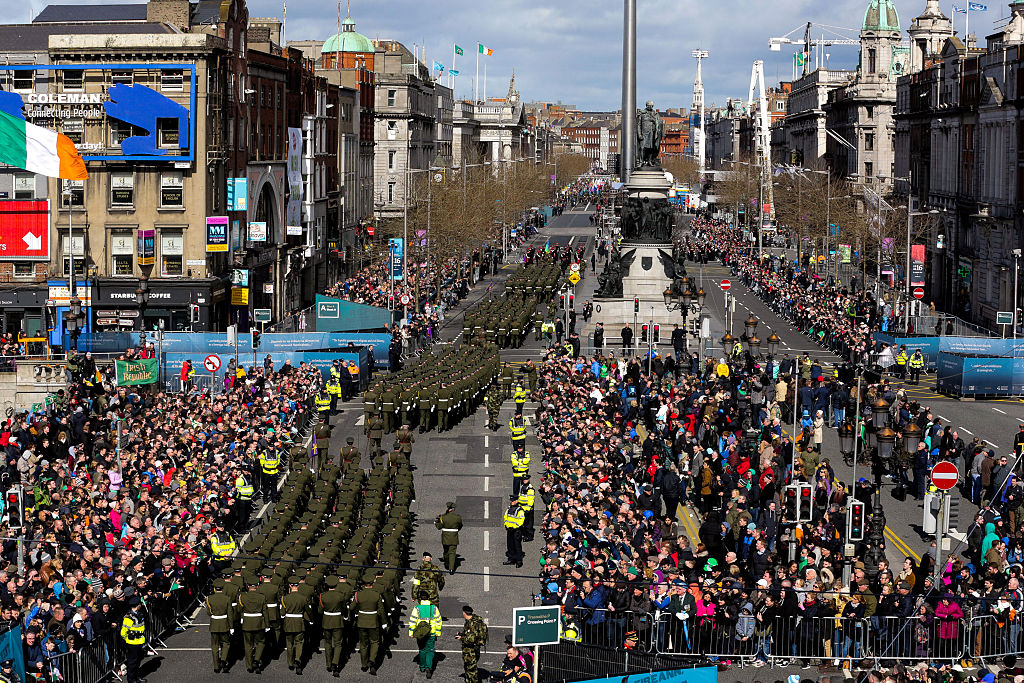 The 100 year anniversary of the Easter Rising, celebrated in Dublin, was a massive affair; ongoing restrictions means this year's event will be more sombre (Photo: MAXWELLS/AFP via Getty Images)

The ceremony is an annual event, but will look different this year due to the ongoing restrictions.

In spite of this, it is hoped the country will come together to reflect on the past 105 years of Irish history and look forward to the future.