AN ATLANTIC storm is approaching the south west of Ireland andMet Éireann have issued a status red wind weather warning as the storm is later expected to move up the country.

The warning is in place for Cork and Kerry until 3pm today and many people are being warned to stay indoors .

The Irish Post takes a look back at how the extreme weather conditions have affected the country in recent weeks.

1. Dublin: Two women battle with their umbrellas against the extreme wind and rain in Dublin. 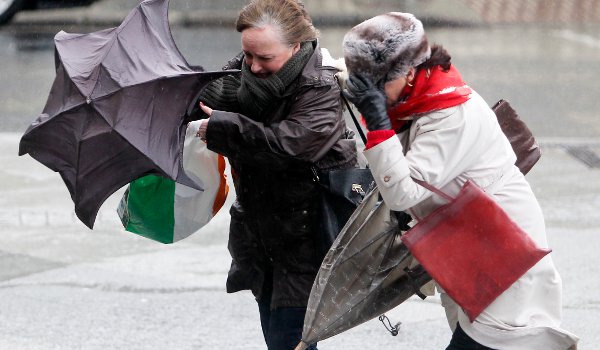 2. Passage East, Co Waterford: Pauline Mellor (87) in her front room which was destroyed by flood water. Her carpets have been removed and the level of the flooding can be seen on the backs of the chair and sofa. 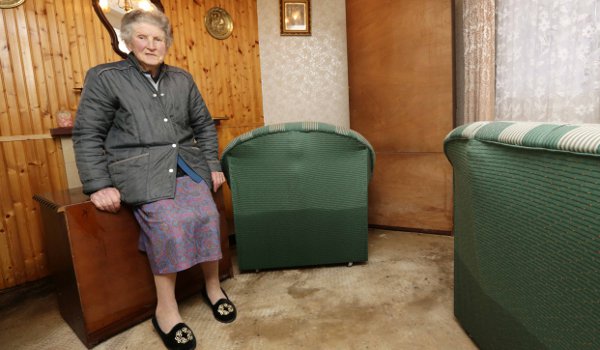 3. Lahinch, Co Clare: Houses and properties along the coastline are battered as gale force winds connect with high tides. 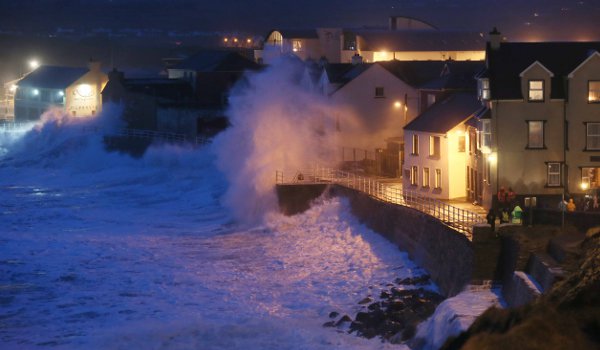 4. Dublin: A women photographs waves crashing against the wooden bridge onto Bull island during the high tide. 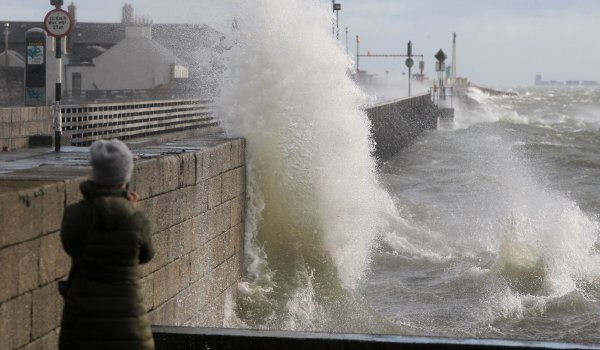 5. Limerick: A resident attempts to cycle through the Lee estate in Limerick city after flash flooding following the storm. 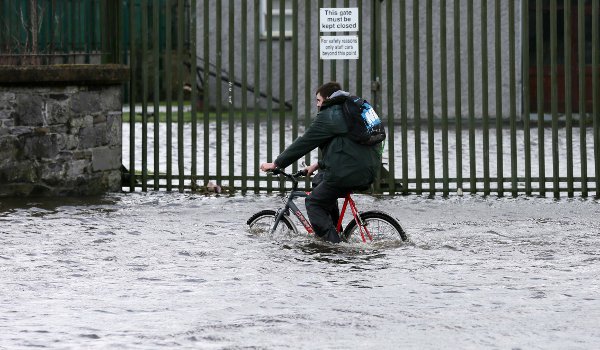 6. Lahinch, Co Clare: The playground at Lahinch promenade was closed after it was battered by high waves. 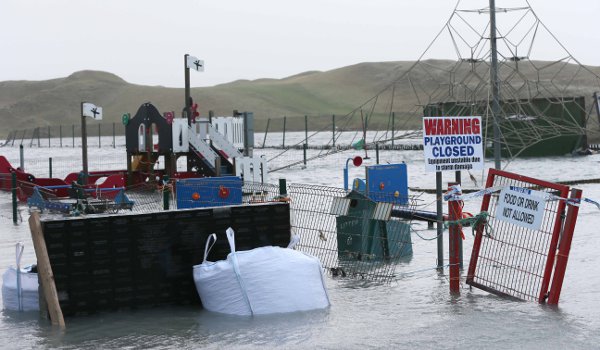 7. Limerick: Residents in Limerick city are transported by boat by the rescue services after flash flooding. 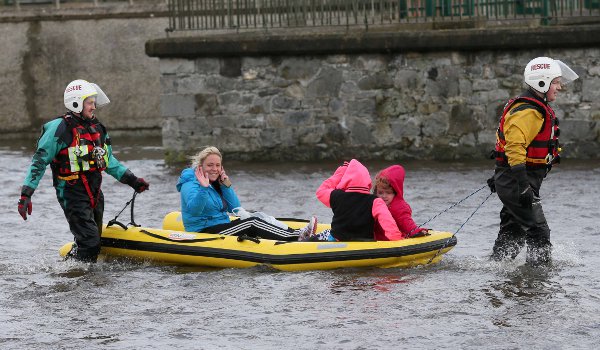 8. Windsor & Maidenhead, England: Across the Irish Sea Kellie Evans makes her way to work through flood water from one of the commuter belts west of London, where there are over 2000 Irish residents. 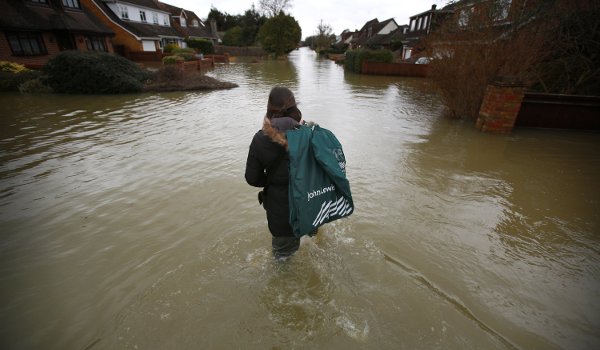